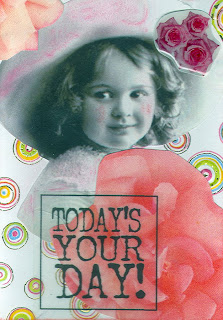 This is a terrific day for us here at WKAR! We just learned that we won the 2008 PACE Award of Excellence (for "The War: Michigan Voices") in the Community Relations category. They said "Your achievement truly demonstrates the positive impact of public relations."

(This was the one with the notebook that couldn't close! Needless to say, it was worth the hernia we got delivering the entry!)
This morning we also found out “Michigan Voices” won a first in the Michigan Association of Broadcasters competition in the Special Interest Programming category. Plus Ready To Learn won first place in the Best Community Involvement category and "Michigan At Risk: Whatever Happened to Organized Labor" took two first places (Best Hard News/Current Events Story and News/Public Affairs Special).

And, on top of that we were named Michigan Public Television Station of the Year by the MAB for the third year in a row! WKAR Radio also received two MAB awards as well – a first place and an honorable mention!

It's been a very nice day here and I couldn't keep it to myself!

I don’t usually deal with anything political in my blog, and this isn’t either, really. This is just a call for well-meaning (or perhaps not) commentators and journalists (none of whom will read this blog) to stop saying, “Eliott Spitzer’s wife looks so bad. She used to be such a beautiful woman…” and “She’s aged years in the past few days.”

Sorry, folks, but the woman’s been through hell. And probably the last thing she needs on top of everything she’s been through with her husband is to have news commentators to keep talking about how bad she looks. Nothing like being told you really look lousy to add to your already awful day.

I’m sure she had a few more things on her mind than doing her best to look perky.

CONGRATULATIONS!! All that hard work, long hours, and craziness sure paid off! Wow! Lets go celebrate.

Congratulations!! I have been to your Michigan Voices site and its wonderful! You deserve the recognition! Yay..to my "fellow" PBS
friend!

YAY!!! CONGRATS to you all!!! I feel so so sorry for Ms. Spitzer. What a creep she has for a husband. Who wouldn't look their worse after having to go through all this drama. Sometimes I wonder what planet Men are really from?
Mom is coming home today and Spring is in the air. And I am off work the next 2 days, life is good.
Hope you have a great day!!
xoxoxooxoxoxooxox

Thanks for your visits and kind words~
sending love and smiles

Second...you are so right...please leave the poor woman alone already !!!....there are very few people our there that can imagine what she's been through !!!

Congratulations on your award. And, Silda doesn't even look bad.

thanks for the compliment !!!

and the frames are vintge photo page holders from vintage photo albums.

I get them at flea markets...cheap...the ones whose covers are falling apart which is okay since all I want are the inside pages.

congratulations! ...Love the bunnies. Gypsy,...RUN BOY...RUN! I agree with what you say about the media...geeze, they neeed to leave the woman alone. I wish everyone would shut up about the WHOLE deal!

Congratulations for your awards! As for Ms. Spitzer, why does this type of comment always get made about the woman? Why is the woman supposed to look eternally young but not the man? I thought she looked pretty for him, myself and she and her daughters are the ones I felt sorry for.

Congratulations on your good work - it paid off :) And hooray for public television - we need it more than ever. (As I hunt for my checkbook to make my contribution!)

And I agree about Silda Spitzer..she's been through enough!

As for Madame Spitzer, I think she looks marvelous, particularly considering what she's been through. And any day of the week she outshines her husband.