Postcards from the Lake: Settling In

Our first few days here were quite lovely -- warm temperatures (but with a breeze and little humidity so it wasn't oppressive), sunny days (for the most part), pleasant evenings and settling in. 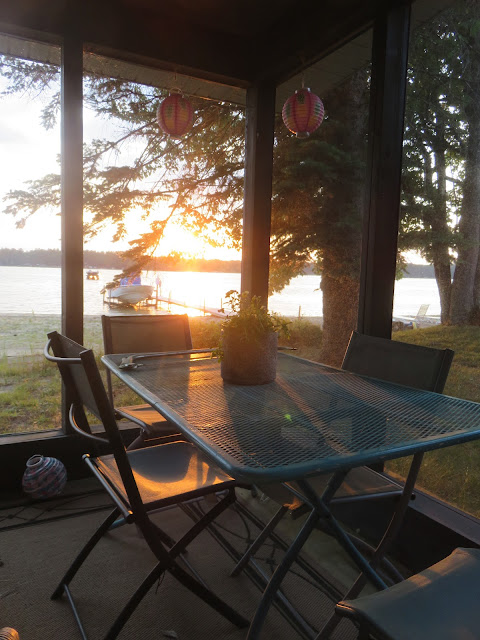 Email ThisBlogThis!Share to TwitterShare to FacebookShare to Pinterest
Labels: Keeping It Real, Postcards from the Lake, real life

Everything Old Is New Again

I keep the watercolors I haven't framed for sale in page protectors in some big, thick binders (along with the practice work in my sketchbooks). Every now and then I look through them, partly for a little boost to see how I've improved, and sometimes, to see how I can improve upon the original work. The ones below date back to 2016. 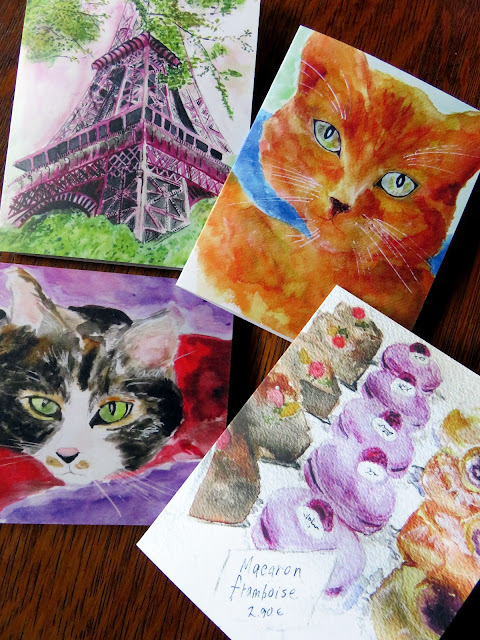 Sometimes it improves -- and sometimes, I'm not so sure it does. So I do it again!

Email ThisBlogThis!Share to TwitterShare to FacebookShare to Pinterest
Labels: Keeping It Real, my art

Postcards from the Lake: We Have Arrived!

We have arrived! It seems as though it has taken a long time to finally make it north to the cottage. My MRSA, Rick's Covid... would we ever get to our home away from home? 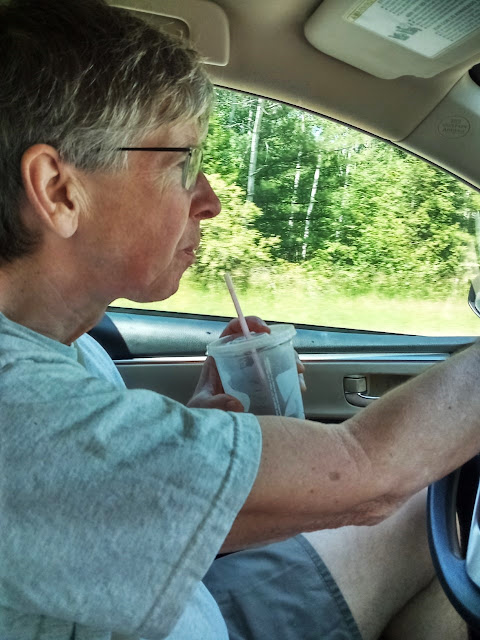 Yes! When I see this sign, I know I am three miles from "home." 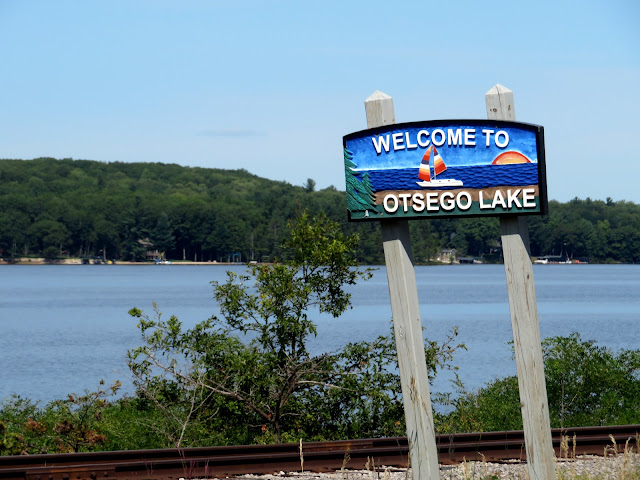 Email ThisBlogThis!Share to TwitterShare to FacebookShare to Pinterest
Labels: Postcards from the Lake

From the Paint Box

Yes, I have been painting a bit! I decided I need to finally fill my practice book, and since I had done Sketchbook Revival and then a few things during Workshop Week, I'd just keep at it. Soon I'll pull out the good paper and get back to animal portraits and other images but for now, this has been fine! 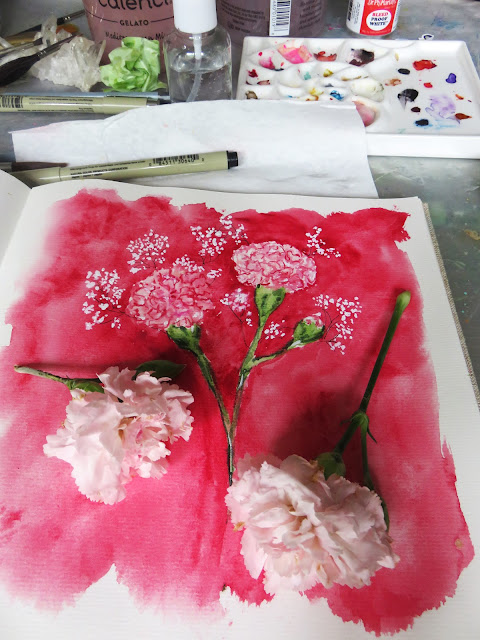 Email ThisBlogThis!Share to TwitterShare to FacebookShare to Pinterest
Labels: my art, painting, watercolor

Slow, late spring days. Rosie's poppies are gone now, but they were great while they lasted! 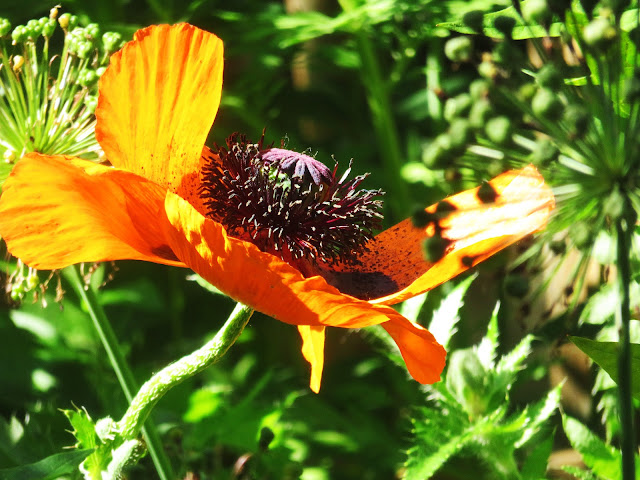 I have a few raggy looking peonies on my bushes, but they were very nice.

I devoured a diverse group of books in May! From Julia Child and the royals to some good mysteries and an endearing novel, it was a fine book month. 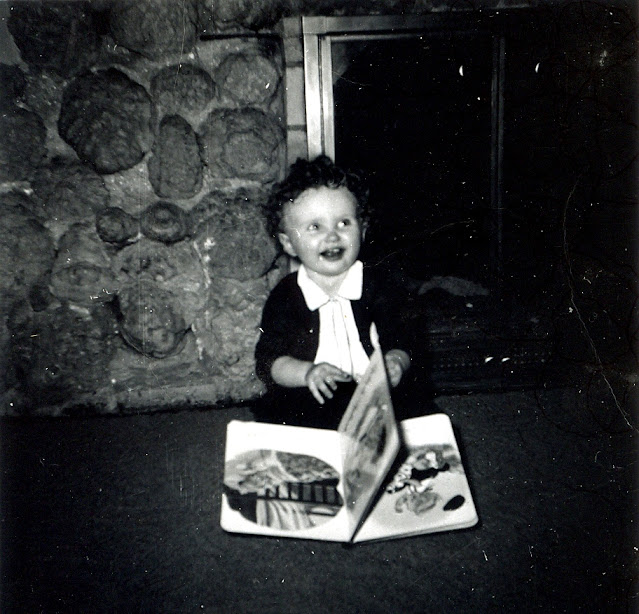 Hanging Around but Not Together

We're really ready for a good bounce around here. The most recent news (which is slightly old by now) is that Rick got Covid. We don't know where as we've both been very careful. It was the nasty-cold/bug version and he felt pretty lousy but is on the mend. As for me, so far, so good. I've just dropped off things since he was sick and laying low, just in case.

Its origin is a mystery. Possibly it was at a bike ride. Possibly at the open house to view our friend Dick Hill's art. That was a masked occasion, except when we were outdoors, eating. I think that's less likely, as we were both there. The walls were filled with paintings -- it was a glorious sight. 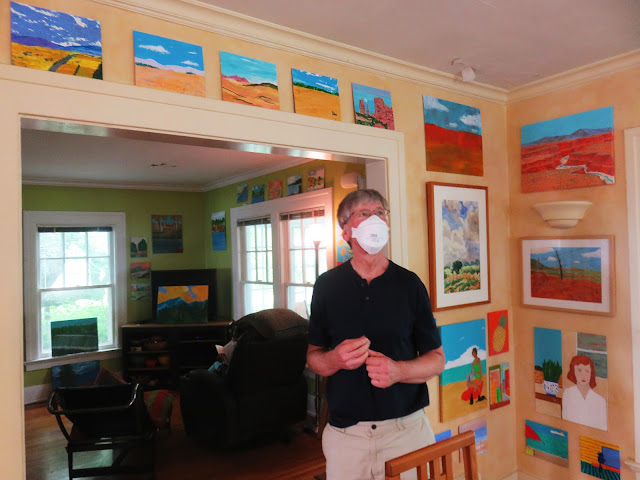 Tea for the Queen

I so enjoyed the Queen's Jubilee events. My equally-Anglophile friend Carol has been watching too, and last week she and I had a Jubilee tea! I had ordered some Jubilee tea plates from Cath Kidston and got out the silver and some pretty table linens. 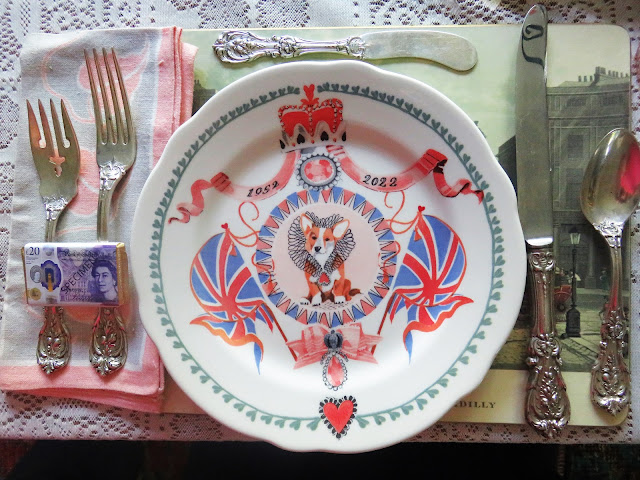 It was a bit of a pink and white theme, which worked with the plates. Easy carnations and baby's breath made for a queenly floral piece!

Email ThisBlogThis!Share to TwitterShare to FacebookShare to Pinterest
Labels: Tea

From my own back yard to the house down the street, the cottage up north and England, here are a few things on my mind of late! 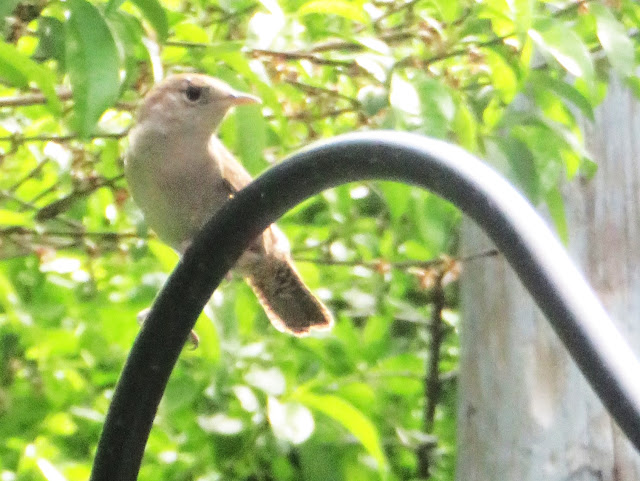 The bird watching continues! And still -- no baby cheeps coming. Maybe they're quiet -- I don't think they have fledged, but who knows?

This is the week of Queen Elizabeth II's Platinum Jubilee, commemorating 70 years on the the throne, Britain's longest reigning monarch and one of the longest in history of any country. 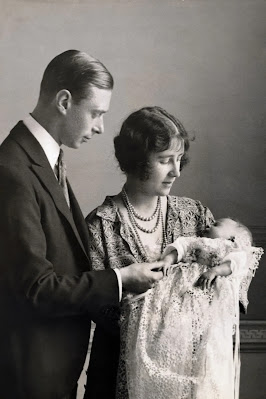 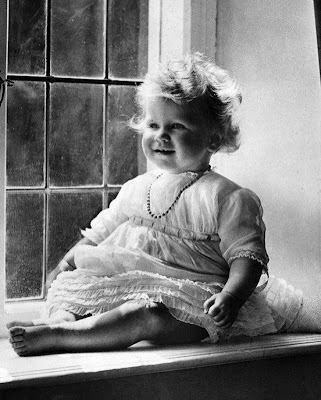 I'm an  unapologetic fan of the Queen. She has done a job she was never supposed to have to do, having fallen into the role of heir apparent when her father became king following the abdication of his brother, Edward VIII, to marry Wallis Simpson.