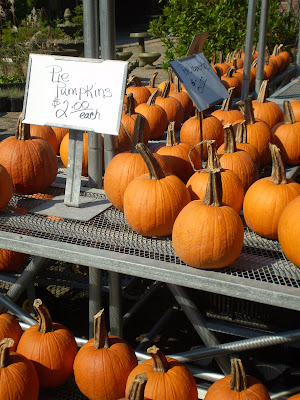 I have been tagged with a meme by Catty Cat of Music I Like in the Background and am supposed to tell you six random things about me…
If I hadn’t been evicted from my apartment for my illegal cat (the late, great Stimpy), I would have never met Rick (whose duplex I looked at as a potential new spot!) 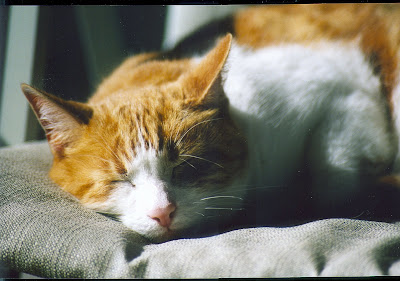 In my later years, I’ve discovered three new foods I never realized I liked (or didn’t used to) – sweet potatoes (raw and sautéed like hash browns); fennel (raw or roasted) and eggplant!

I am an only child. But I used to have a collie -- I called him "Brother" (not his name, but in my mind, that's what he was. 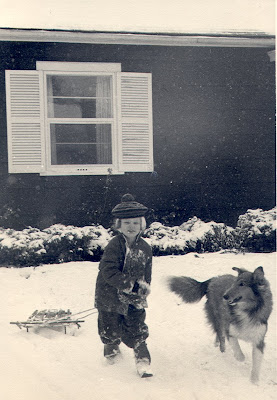 I didn’t realize MSU (where I work) got a new football coach over a year ago until this fall.

In my fantasy world, I can tap dance like Ruby Keeler.


My other fantasy is to be the Next Food Network Star. (Obviously, if I really wanted to move this fantasy along, I’d make a video, but I know I don’t have what it takes! Still, it’s a fun fantasy!) 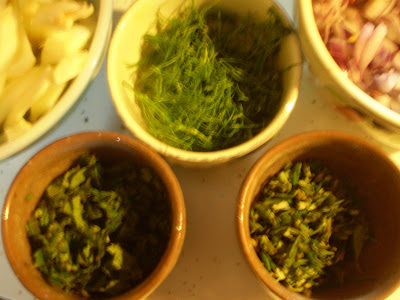 The rules are as follows – link to the person who tagged you; post the rules on your blog; write six random things about yourself; tag six people at the end of your post; let each person know they have been tagged by leaving a post on their blog; let the tagger know your entry is up.

My six tags are:
Bonnie at Mama K’s Blog
Iris at Herzblatt
Jane at Jane on Life
Beth D. at From the HeART
Rosemary at Living as Rosa
Dawn at My Thoughts By Dawn

Aw, what a cute way to meet!

These last two blog entries hit home in many ways. I am also an only child, took tap dancing lessons as a kid, I was going to tap my way to Broadway, tee-hee, like but struggle to knit and spent a little of my childhood with a pekingese named Rimbo. I took only one vacation each summer with my aunt and uncle who owned a cottage on Otsego Lake.

i love the bit about your 'illegal' cat in your apartment! I have done the same thing ;O)
and the little bowls of food prep.. makes me feel like cookin'!

How cool! I love the photo of you and "brother". I had a cat I used to call Bubba (because I'm southern and that is how I roll:)) even though I have 2 brothers. He followed me every where.

That is so cool how you and him met! Good thing you had an illegal living with you!

I love the black and white picture . I love those collie dogs!

This is a great list - I enjoyed learning these unexpected tidbits about you. Personally, I think the Food Network ought to watch out for you!

I have absolutely no sense of rythm, but I used to tap all over the house (we had hardwood floors) when I was little.

I will do this meme promise, before I head back home!

Thanks for doing the meme Jeanie. I think you did a few more than six, but who cares. It is fun to learn about people this way.

I had a collie as a kid too. His name was Pal.