It's hard to surprise Rick. But for his birthday I wanted to do something special. We were headed to the lake and knew we would do gifts after we arrived, too late for a nice dinner. But where could I take him in the north that would be delicious and fun? I didn't have a clue. 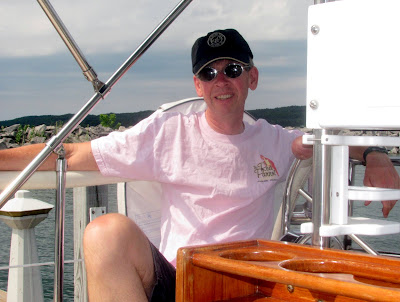 Enter Rick's bike friend, Michael. I didn't realize he had a sailboat in Boyne City. He suggested we come up for a sail, then dinner at a fine restaurant. How could we resist? 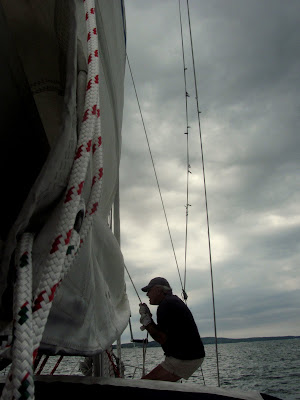 And it was wonderful -- Rick was surprised! And as we arrived, it was a warm day, yet another in the hot spell we've been having. We took supplies on deck -- lots of snacks (more than we ate!). 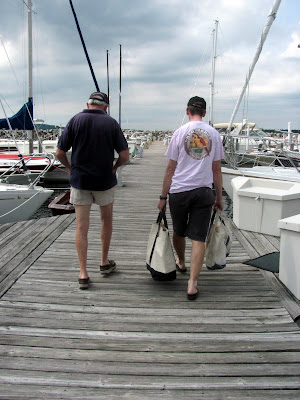 The guys got the sails up, with Captain Kathy's able help. Then it was time to cruise along Lake Charlevoix. 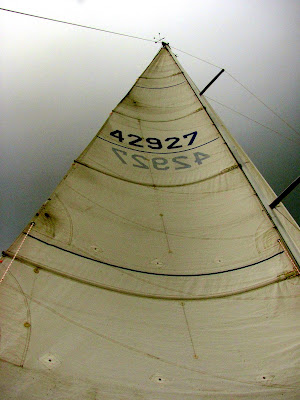 We had some threatening weather, but it didn't deter our fun. As the skies went from blue to dark, back and forth, we simply sailed along, laughed and had a wonderful time. 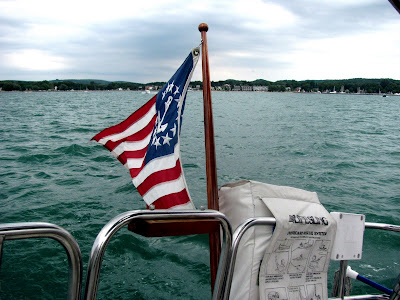 Some days just go better than you ever thought they would, even with a lot of planning. This one was right on course, all day long! 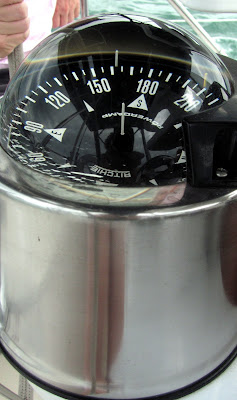 After the sail, we walked over to a wonderful restaurant, Cafe Sante, which is located on the water. It had a glorious menu -- I had Whitefish a Meuniere and Rick had Boeuf Bourgonoigne (Julia would kill me for spelling of that one, but she would have found the dish one to rival her own recipe.) 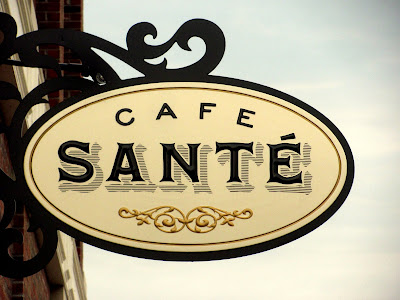 After, a stop at the ice cream store -- with huge thanks to Kathy, Michael and our little first mate! 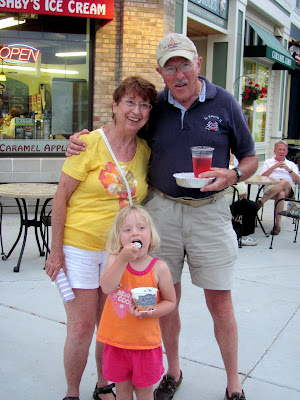 Yes, some days are indeed better than you think they could ever possibly be. 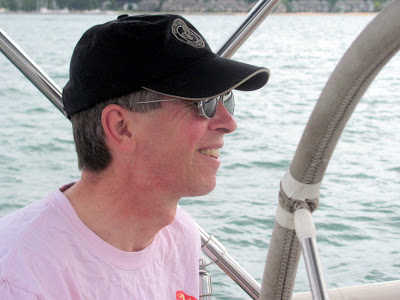 There's nothing so relaxing as being on the water -- sounds like a wonderful way to celebrate! Belated birthday wishes to Rick!

What a wonderful looking day! Happy belated wishes to Rick!

Happy Birthday to Rick! What a wonderful way to celebrate.

Being near or on the water is always so relaxing. What a great way to celebrate a birthday! Happy Birthday (late) to Rick!!

It sounds like an absolutely perfect day, Jeanie! Time with each other and good friends, a fun sail and a lovely dinner by the water -- it doesn't get any better than that! Happy belated birthday to Rick!

Yes, sometimes those things that just happen make the best memories. I think Rick was treated to a serendipitous birthday experience. Happy birthday, a bit late, to Rick.

What a great birthday surprise. Hope Rick will have smooth sailing this year! (Sorry - couldn't resist!)

What a fabulous birthday! Espeically since it ended with a French meal. :) That's my kind of birthday celebration!!

I have never been sailing but I would love to try it some day!

spontaneous looks so bright
and beautiful on you!
inspired by the goodness that
just found you:)
-Jen

Sounds wonderful. There's nothing like being on the water. It heals what ails us. Happy birthday, Rick!

These are wonderful pictures! and having "traveled" with you,myself, I can imagine you, dropping back, to snap a picture here and there that eventually makes your blog story - and so so enjoyable! Loved the boat's compass, for instance, and the flat on the stern and the picture of Rick-in-boat-cap!

What fun, J! Thanks for sharing.
Now going "back" to get caught up on your entries!

This certainly looks like a perfect day. What fun it must have been sailing on this pretty lake. I also liked your post on Milwaukee. It is cooling to look at your photos.

What a lovely surprise, and perfect time, eh? It looks like a good time was had by all...a good sail and dinner after...and friends...yes, that's a great summer day.

That looks absolutely idyllic..and a great surprise! It's always fun to get the guys something they can experience!