Cooking with All Six Senses

A few days ago, my friend Rhonda hosted a lovely May fiesta for our wonderful group of women. We all brought a dish to pass and mine was a corn salsa. As I shared the list of ingredients, I realized I really could never "write" a viable recipe for this salsa down -- because I don't use one. 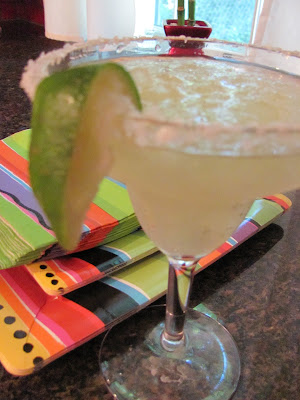 And it's not just the salsa where I "wing it." I haven't used a recipe for a fruit crisp for years, and most nights, my dinners and salads come from my head -- a mishmash of recipes I've used in the past combined with nugget I picked up from a cooking show.

True -- I have a large collection of cookbooks and have probably saved every cooking magazine I ever received. And yes, I DO use them, though not as much as I should. 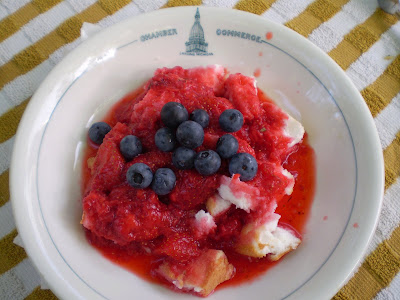 But even when I do, I cook with my senses. 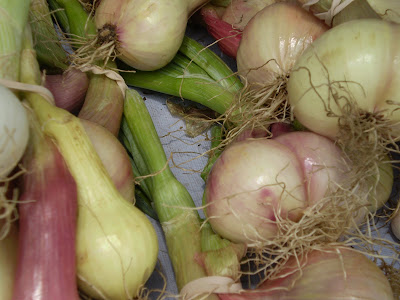 And really, don't we all? 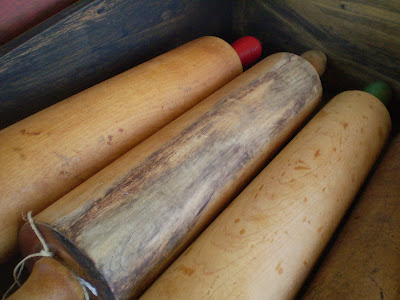 It can lead to some interesting creations and it's awfully hard to share exactly how you made something, but really -- isn't it just sort of natural? As though we are going back to some primal roots when we didn't have good measuring tools or digital timers, and when the trip to the store to get just the right ingredient wasn't so easy as hopping in the car and driving a mile or less? 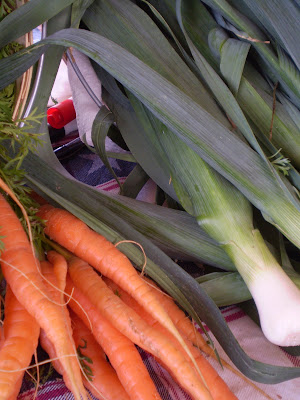 Who doesn't use their sight when checking out the produce for bruises? Or when reading the nutrition label for the healthiest ingredient. I may use my eyes to determine if something is done -- is it the right color? 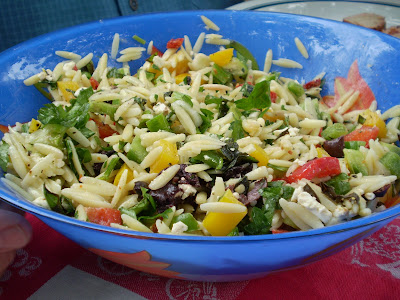 Are the egg white peaks standing tall enough? Are the edges brown enough? Or too brown? And of course, we'll take a careful look at that measuring cup -- if we use one (and yes, when it comes to baking, I do.) Especially for the liquid ingredients or when baking. Is that enough milk? Too much? I know those with vision difficulties can be wonderful cooks, but I will say, being able to see what I cook makes it much easier.

And then there's sound. That's my cue for if the skillet is hot enough -- toss that bit of onion into the olive oil -- hear that sizzle? I'm good to go. If my attention is directed elsewhere, I'll hear the water boil before I see it -- and I'll hear that timer, too -- which more than once has saved me from singed baked goods! 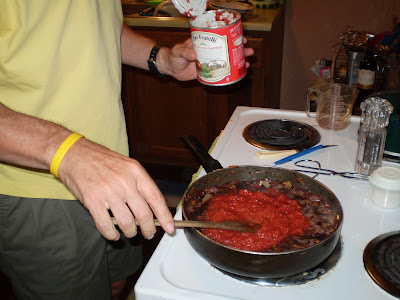 Touch -- well, that's one of the best skills to use at the market -- especially when fruit is involved. And I'll gently test the tops of cupcakes, too. The fine outdoor grill chef will often do the touch-test when grilling steaks. And why not? 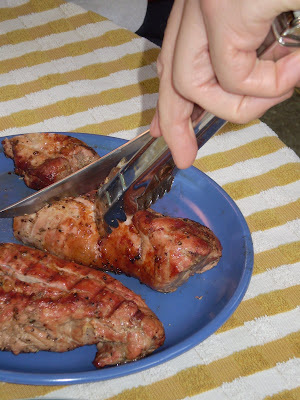 And when it comes to touch, our best tools may be our hands, as we use our fingers for cutting in butter to crumble topping (well, I do), knead bread, guide the rolling pin as we make a pie crust or firmly roll the sushi. 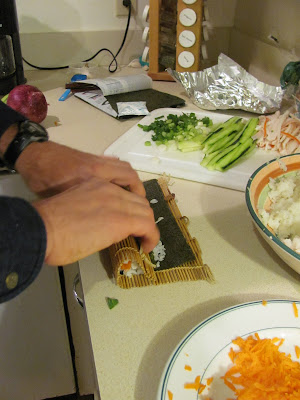 We use them to press crumbs into a tart pan and yes, even as measuring utensils. A pinch of this or that. We just know when it "feels right." 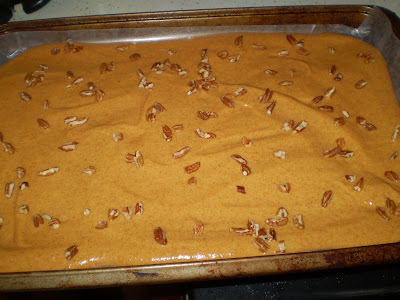 Taste. Well, unless you're hyper-tidy in the kitchen, you're tasting as you go along! How else can you really know if you've got just the right combination of ingredients. And really, isn't the endgame all about how it tastes? (And looks, but we're back to sight!) 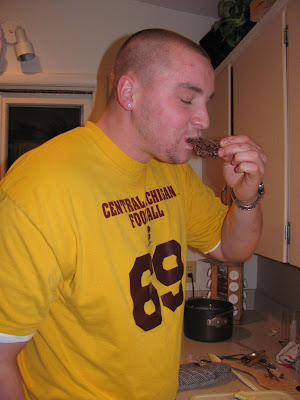 Smell. That's another useful farm market or grocery store skill. Going for the fruit? The sniff test will help you know if something is ripe. And frankly, I can never tell parsley from cilantro without the sniff test. 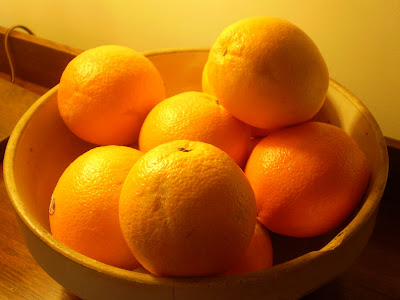 A good nose will save you from using spoiled milk, losing your muffins to too much time in the oven, or warn you of scorching of ingredients in a skillet. And admit it -- isn't the smell of something really wonderful (say, garlic and onions or freshly baked cookies or bread) just the best? 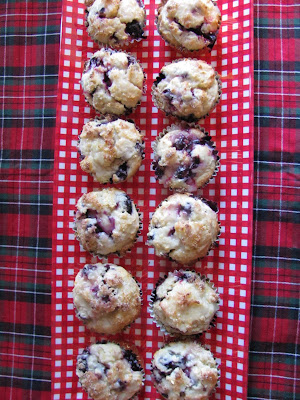 Intuition. How do I know how much of any one ingredient to use when I'm cooking with my senses? Mostly, intuition. Let's revisit the salsa. I don't think the original salsa I sampled had lime juice in it. And it sure didn't have mango or peach. How did I know that these were going to be critical ingredients? I don't know -- just seemed like they'd go together. And they did.

It's hard to write down a recipe like that -- but I'll give it a try! 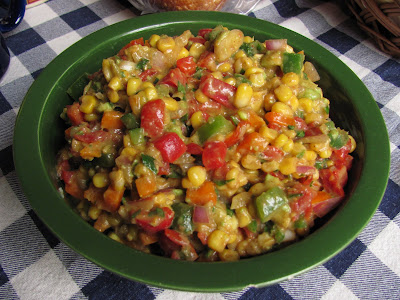 Cook maybe a cup, give or take, of frozen corn and drain in cool water.

Dice up 1 each red, orange and green pepper. Or any combination thereof. Or maybe half of each, depending on how much you want to make.

Dice up one bundle of green onions. Or purple onion.

Finely chop some cilantro. Maybe the upper three-four inches of a big bunch. Or less to taste.

Dice two or three or so tomatoes (depending on how big they are) and add them to the mix, along with whatever juices come.

Dice one or two mangoes or peaches (if large).

Add cooled corn back to this.

Look at it -- are the colors well mixed? Not enough red (add more red pepper). You get the idea.

Now add seasonings -- some sea or kosher salt, chipotle powder, cumin (I use maybe a small handful of that, but I love cumin), others to taste. No chipotle? Chili powder will work (it's not as good, but it will work). Maybe a little cayenne.

Oops. Too much. More mango.

This can sit overnight or proceed with final steps. (I do this part not too far from serving)

Add 2 avacados, diced or scooped. Or three if you really love avacado and are making a lot.

Juice of three limes. Or more if they're not very juicy limes.

Mix it all together. And I mean MIX. There is no oil in this, so the avacado/lime juice/tomato juices are what hold it together.

Then taste again and serve with chips. (Or, serve it on burgers or as a side salad. Weight watchers -- the thing you need to point out is the corn, avacado and fruit, so adjust those quantities so they work for you.)

No "sound" here, but lots of sight, touch, taste, smell, and intuition!

Are you a by-the-book cook, do you wing it, or are you a cook who combines both? How does that work for you?!

At Chopsticks and String: "Watching What You Eat" -- a fascinating book about the history of cooking programs on television.

Oh Jeanie, I love this post on SO many levels!

I end up doing the same thing, although I don't cook as much as you and Rick do. I'll start out with a recipe for inspiration, but not have all ingredients, so I'll come up with adaptations to make it work for what I have. This does sound yummy and I love the way you presented the concepts of the senses.

This post is making me hungry. I have been on a diet all week and I am struggling I have to say. This food looks delicious - Have a great weekend Jeannie :)

OK, now I'm hungry and want to head to the kitchen and start cooking.

Oh YUM, I'm hungry now too. This is really great, to experience food and cooking through all the senses. I confess that for much of my life my answer was NO to those questions you asked. Nigella Lawson introduced me to food being sensual, and since then, and more recently after becoming vegan-ish, I am more into sauces and spices than ever, and LOVING cooking more than ever.

Your photos are WONderful.

Even when cooking from a recipe, I think a good cook uses the senses in the way you have so beautifully described. If it's a mechanical set of actions, the results will surely show it.
best,
maefood.blogspot.com

This is a awesome post, Jeanie! I just love your thoughts and the way you write them in your blog. I also was drooling over the Salsa. I think I have most of the ingredients growing my my garden this year. So now I have a wonderful recipe to make! Thanks so much!
xoxoxox

mmmm wonderful post and YES, all of the senses are happy when in use, aren't they!
oxo

This is exactly why I will never be a good cook! I don't enjoy the act of cooking so therefore nothing I cook is really all that good. I would be perfectly happy to let HB do all the cooking. I'm not a foodie. I could eat a peanut butter sandwich every night and be just as happy as with a 3 course meal!

I'm a by the book cook which is probably why I'm good at lab work. I do like instructions to follow and when I wing it it normally fails. This week it was a new version of Sausage Casserole in the new slow cooker with some new additions and it was a bit of a disaster, overcooked and the boys stuggled vainly not to hurt my feelings, so it's back to my tried and tested recipe. The salsa looks great and I do love a Margharita. Great post.