Cleveland - Land of the Indians

It's America's game -- and I swear, in Cleveland if you aren't an Indians fan, you'd best run for cover! 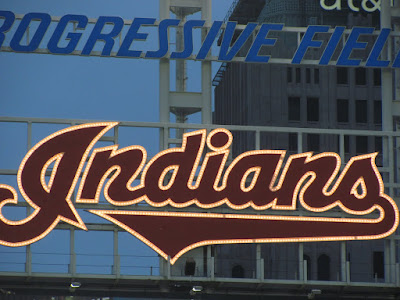 So, off we went to Jacob's Field, home of the Indians, for an early summer's evening game. 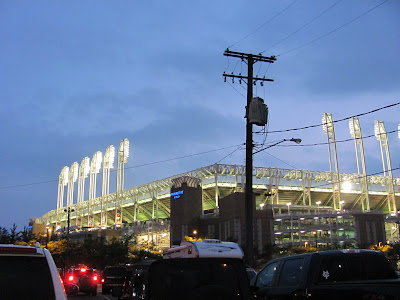 Now, in Lansing, we have the Lugnuts. I don't think anyone but the diehards watch the Lugnut games -- they watch Big Lug and drink excessive quantities of beer on Thirsty Thursdays or enjoy things like the hot dog cannon. 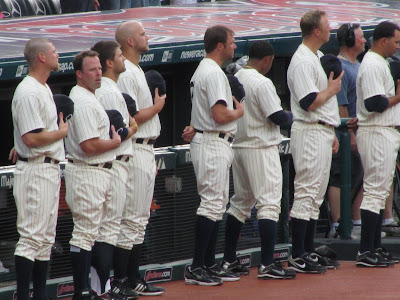 But at an Indians game, people actually watch the game! (When not taking photos of everything going on around it!) 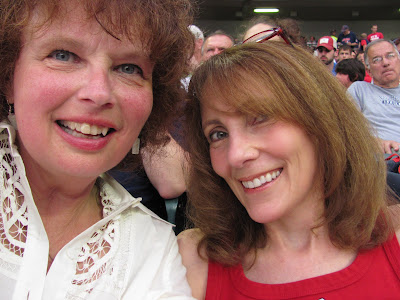 (Maybe that's part of the difference of living in a city that enjoys sports and a city that loves it!) 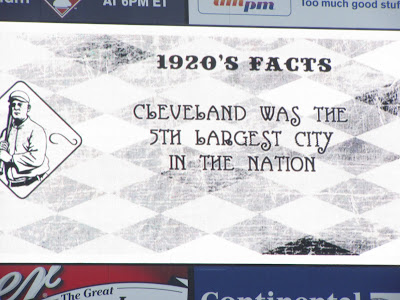 It was bobblehead night, and everyone received a bobblehead of Shin Soo Choo, who scored the first run of the night! 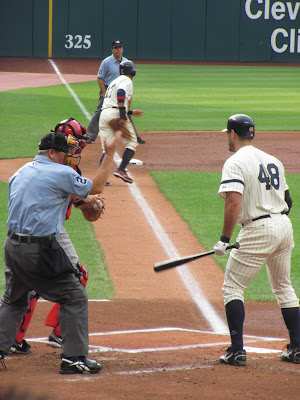 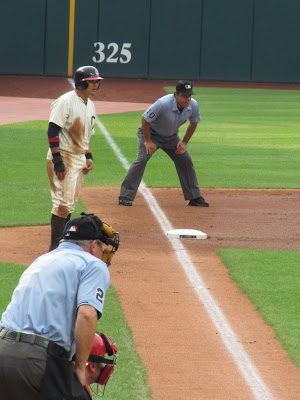 Everyone yells "Chooooo." (It sounds like "boo" if you're watching on TV!) 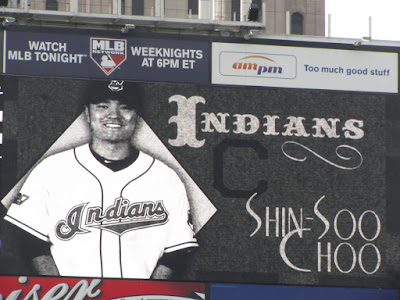 It was flashback night and the team wore uniforms of the 1920s. 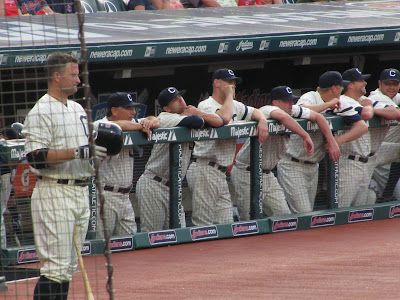 I loved the graphics on the screen -- all in period. 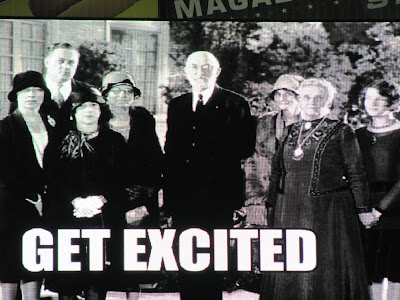 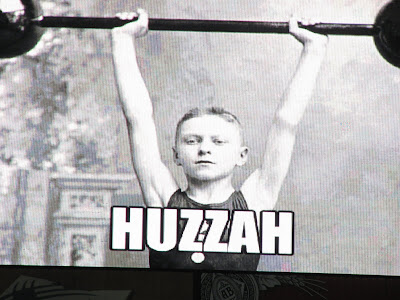 The music was '20s and even the t-shirt tossers were dressed in '20s garb! 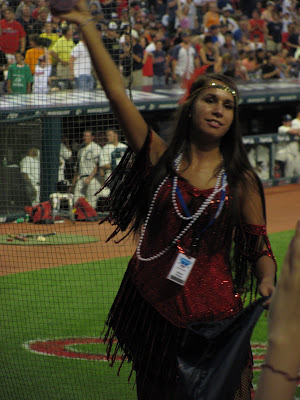 And some of the concessions buskers fell in line, too! 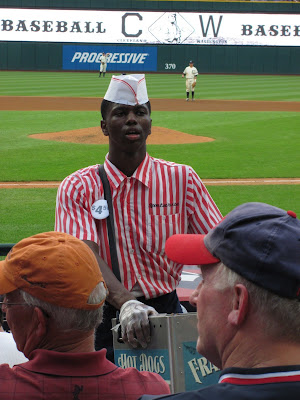 We saw a Mickey cartoon during the seventh inning stretch. 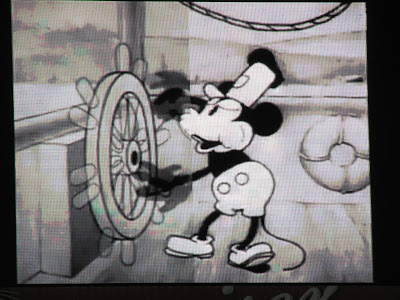 And there were, of course, lots of smiles. 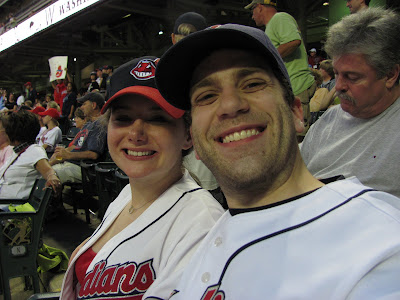 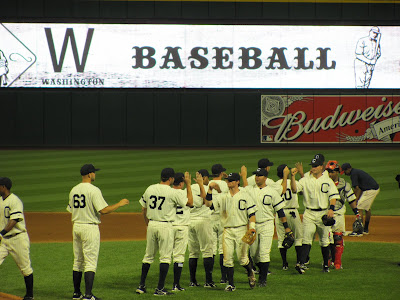 Looks like a lot of fun! We haven't been to a baseball game in quite awhile....maybe it's about time for one.

It's so cool the way you always find fun things to do and share on your blog.

So cool. We have got to get to a Tiger game. It's been way too long. I haven't even been in Comerica Park yet.

Looks like a fantastic time was had by all.
Our team, The Nationals in Wash DC is all abuzz with our new young pitcher STRASBURG! He's already brought new life back to the team!
Baseball really speaks SUMMER doesn't it!
oxo

I wish our sports events were as much fun. It's football(soccer) and rugby here and it's not really family friendly at all. More men only zones.