Over the winter holidays, Rick and I went to see "The King's Speech."

If you didn't know about it already, you surely know about it now, with a stash of Oscars, all well-deserved, for telling the story of King George V and how he conquered his stutter.

The film opens with the then-Prince Albert (Colin Firth) preparing to make a speech in front of an enormous stadium crowd. He is clearly frightened before he begins and when he speaks, his stutter is halting, challenged.

The woman sitting behind me in the theatre started to giggle. She kept giggling throughout the opening. I turned around and gave her the dirtiest look I know and decided if she didn't shut up, I'd say something. As I did, I thought, "If my friend Sharon was here, I'm not sure that woman would stand a chance!"

But did the film make an impact on her? Would she laugh again?

She would be well advised to listen to my friend Sharon. And you can, too, in this fourteen-minute video of her speech at the recent TEDx Lansing. Listen HERE (Sorry, I'm having trouble embedding the screen, but the link will take you there.) 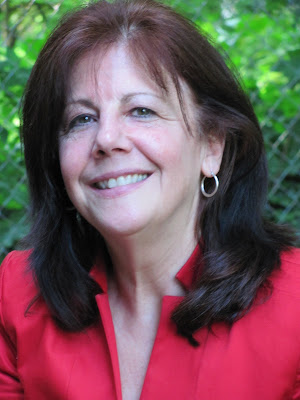 A little bit about Sharon before you start. I've known her for a number of years now as part of my great group of women (which I call the GGs). When I met her, she was an editor at Booth Newspapers Lansing bureau. She moved on to be a vice-president at TruscottRossman, one of our area's best known public relations firms focusing on policy. This is a woman who deals with high-profile and issues on a daily basis. And when she's not doing that for work, she is warm, funny, and giving. 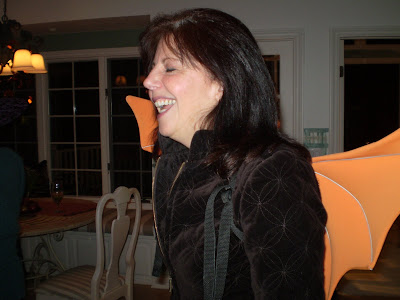 Sharon Emery has a lot to say.

Sometimes it just takes her a little longer to say it. She chooses her words carefully. We should all take a lesson from her on that one. 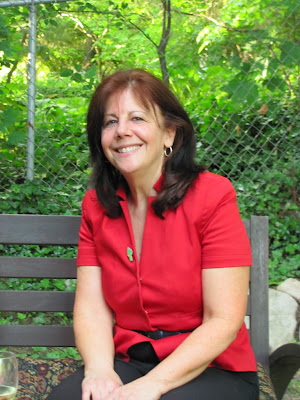 I hope you will find time to listen to this and to share with others who could benefit from Sharon's words (couldn't we all) -- or to those who might find inspiration from them.

Thanks, Sharon. You inspire me every day.
Posted by Jeanie at 4:07 AM

what a brave and beautiful heart:)
love the love here
...bright summery grace to you,
your friend,
and your journey.
-Jennifer

Wonderful, and provocative -- thanks, Jeanie!

How rude that that woman giggled during the movie... How immature. And it clearly shows a lack of compassion.

The priest at the church we go to at the lake has a speech impediment - he stutters a bit and just has a tough time getting words out. But he is one of the best sermon-givers out there. And he has shared the story of how awful he was treated when he was a young boy. He was basically treated as if he was mentally disabled because of his speech impediment. But he overcame it - or at least found a way to work with it. which is impressive and inspiring...

Your friend is amazing!

Your friend is an amazing woman. Sharon is an inspiration.

Wonderful post! Sharon is, indeed, amazing. I have a lifelong friend Pat who has spasmodic dysphonia and who recently retired as a special ed teacher. She was a great role model for her students, yet some parents and others discounted who she was because it took her longer to share her excellent ideas and insights. Thanks for an excellent reminder that, too often, the listeners are the disabled ones.

Loved the king's speach - it was moving and perfectly played by the three leading actors! Colin was just espectacular. I couldn't find the link to the audio/video you are refering to, did you post a link to hear your friend?
Have a beautiful week!

Very inspiring and enlightening...thank you for sharing!
oxo

I did listen and her words were an inspiration. Thanks for sharing your friend with us.

Thank you so much for showing us such a poignant and real example in your GG friend Sharon. I can sense that she is a wonderful and courageous person from the short clip you've linked. I've seen an interview of Colin Firth talking about his role, how he and director Tom Hooper had watched a historical film clip of KGVI giving a speech. I remember he used this word to describe his feeling: "heartbreaking".

You know, the King's Speech is itself a voice for the voiceless, for its genuine portrayal of KGVI is not only historical, but real on several layers. The screenwriter David Seidler himself had experienced this pain as a stutterer when young and how he'd looked up to KGVI as a model to conquer his speech impediment. Yet another level is Firth's portrayal lending a voice to those who have gone through such excruciating ordeals. No wonder we see organizations of speech impediments have endorsed the film, and even testimonials of how stutterers feel emboldened to voice out as a ripple effect.

For the woman who giggled, I supposed that was what Colin Firth feared the most. Here's his view which I quoted in my reply to your comment on my King's Speech post: "We had to find a way to make this sound authentic, and have it be painful. The audience had to experience the pain and the discomfort. That had to not be compromised. But if it was inauthentic it would be catastrophe. If it was too much, too painful, the risk is it alienates people." To present the painful suffering and yet maintaining the dignity of the stutterer is a precarious balancing act. I'm sorry to hear that someone failed to appreciate the depth of poignancy and the courageous performance on the part of the actor himself in the opening scene.

What an inspirational post. Public speaking is one of my greatest fears. Go, Sharon!

Thank you for
shifting my way
of thinking today,
Jeanie. Sharon is
one gutsy lady and
her style is so
engaging....I can
see how those who
work with her become
better listeners
because they focus
on her message and
not the delivery.
The King's Speech is
at the top of my list
of movies in recent
memory; loved it!!
xx Suzanne