Harry Has a Friend

I hope you're not getting too sick of Harry the Heron. 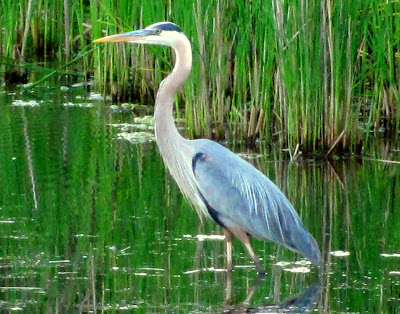 He just stops me in my tracks. 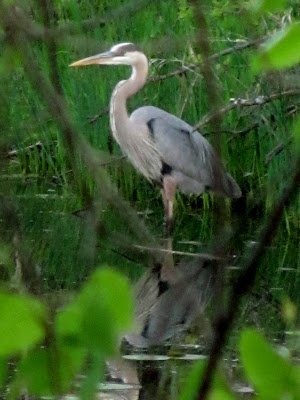 Last week I was coming home from the mall and passed by the ditch, and saw Harry closer than he had ever been. 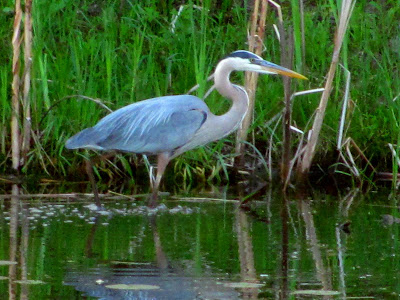 Of course, I didn't have my camera with me, but that didn't stop me from hurrying home and walking back, hoping he was still there. 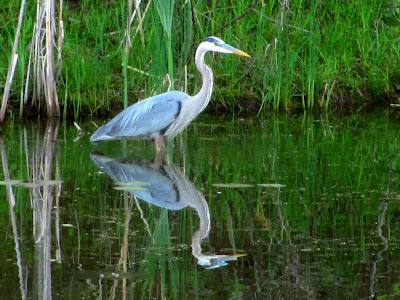 He'd moved back a bit, but I still had to try to get better shots than before -- no easy feat with a small hand-held instant digital with a lens that gets shaky on full tilt! 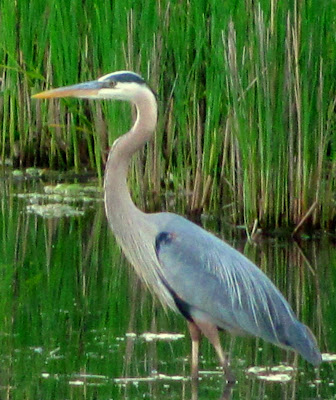 I was nearly ready to leave when I saw something move on the island behind Harry. I was confused -- it wasn't the place a person could easily get to with the swampy water surrounding it, and perhaps even covering part of the land. 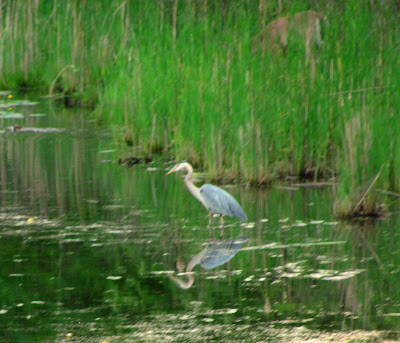 Look -- can you see that brown bit? 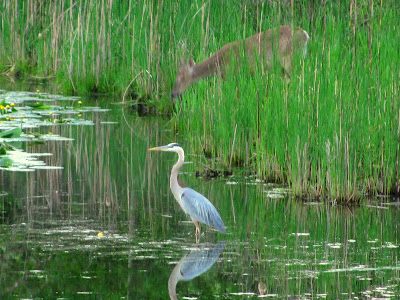 Look a little closer -- it looks as though Harry has a friend! 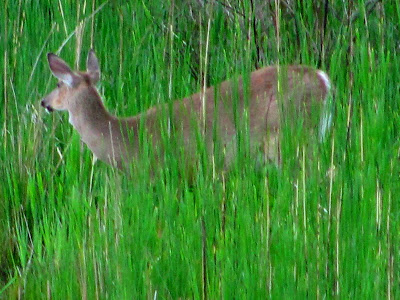 These photos are terribly fuzzy -- but as you can see, Harry's friend is a beautiful doe, enjoying happy hour at the shore. 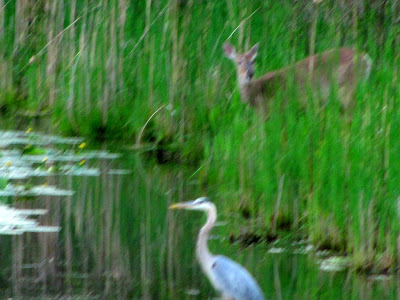 A couple was sitting on a bench, also watching. "She's heavy," the woman said. "I wonder if she's going to have a fawn? I saw one here last year. 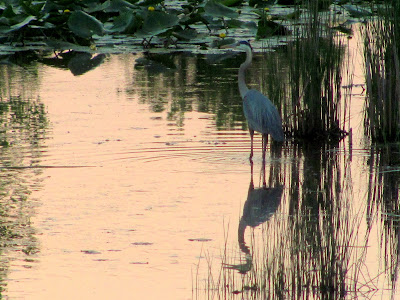 You think I'm going back often at twilight? 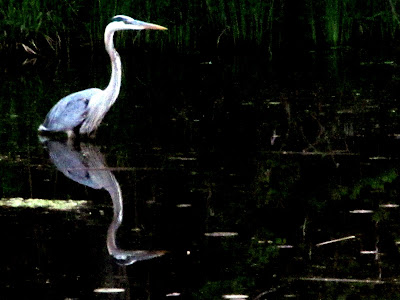 You think right.
Posted by Jeanie at 9:28 AM

i'm finding my way back online again, it's been a fun morning reading all i've missed out on :)

This is such a sweet story with beautiful photos. What a lovely spot with such adorable characters!

great photo story! Love that the deer showed up. Makes you want to write a children's story, doesn't it?
Keep us posted on returns to this lovely spot.

Love the photos. I was talking to someone last week that said a heron came into her backyard and walked over to her pond and scooped up all her gold fish within seconds. She was watching from the kitchen window too stunned to move. I figure it must have been very hungry to go so close to a house (in the country).

Beautiful photos~
Yes, go back often at twilight. I hope you soon see a fawn there too. Now wouldn't that be exciting!

These are beautiful and so tranquil..I admire your patience and persistence in taking photos. It's well worth the effort!

Great photos! Harry looks very dignified. How cool that his friend may have a fawn - what great photos you could get.

Beautiful oh so beautiful. Great photo shots.
Have a nice evening.
Rocky says hi to all of you!

These are wonderful photos, Jeanie! I especially like the last two. Amazing neighborhood you live in, with all those wildlife and natural surroundings. I'm in Vancouver now, lush greens and beautiful flowers too... but nothing like what you have captured here.

This was great. It makes me miss living at Dad's. His house is surrounded by wetlands and there's so much aquatic life there. Wonderful photos, especially the third one.