Well, it's finally hitting Michigan. To my friends in the South and East, I now feel your pain! 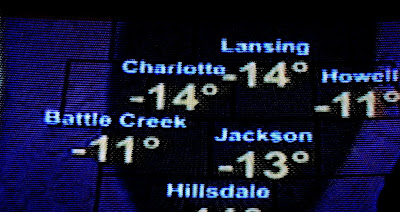 And it also is a good time to snug in, work from home -- and get in a little art, too! 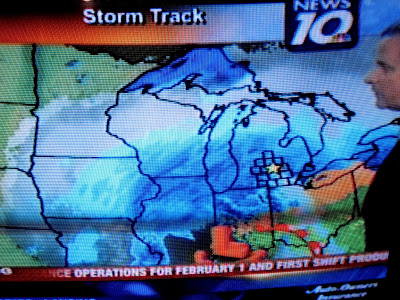 The storm itself -- not so bad. In the end, it was eleven-and-a-half inches. about what was predicted. It was certainly snowing sideways and mighty cold, but I almost expected more. 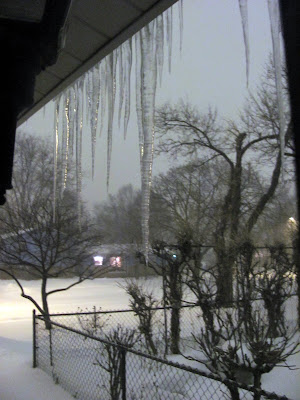 While it looks fairly "drifty" today, it mostly looks pretty -- at least from inside, which was where I stayed put! 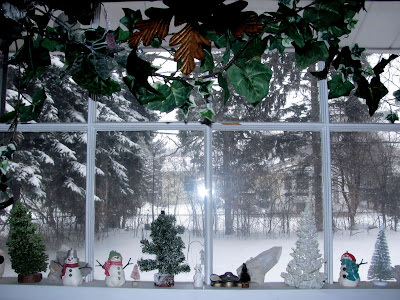 In a move not done in 27 years, I believe, MSU closed the university. I had packed up bunches of work to take home and as I left, we got the word, heard we wouldn't need to take vacation for being off. I still took it. And it's still in my book bag! 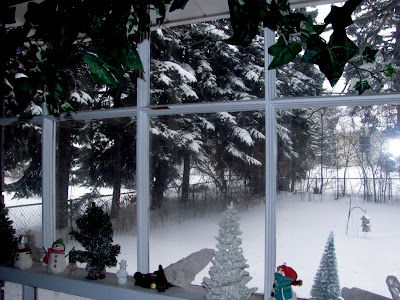 Yes -- that was what I did most of the day -- make Valentines! 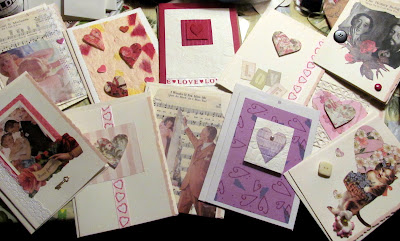 The shop where I sell them asked if I could bring some over tomorrow, so after the glue dries, I'll bag them up and stop by at lunch. 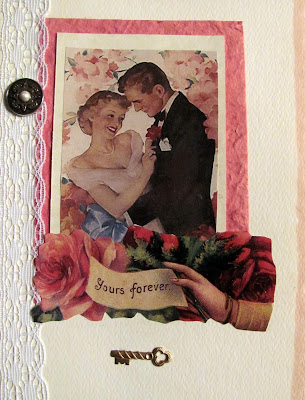 Here are a few. I tried to keep them really simple and not over-embellish. 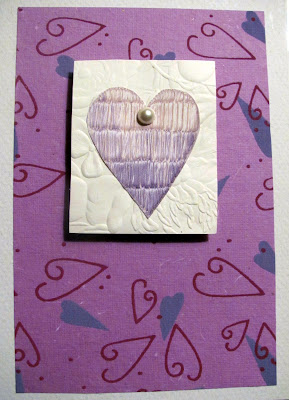 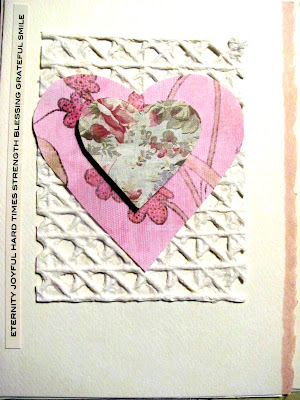 It was such fun to have an unexpected day. I did a couple of homely tasks that had been hanging over my head, snuggled with an orange furboy and in a few minutes will heat up some wonderful pot pie. 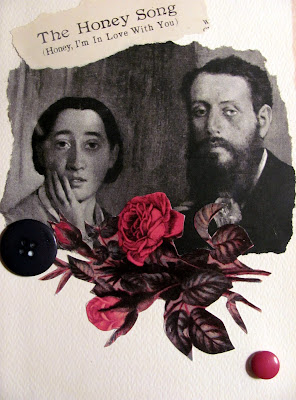 I'll write about that later! Meanwhile, I have a couple of recent posts on Chopsticks and String, including the just-up "Knit the Season" by "Friday Night Knitting Club" author Kate Jacobs and Julie Andrews' "Home."

Hopefully, wherever you are, if it's cold and snowy, I hope you're warm and toasty -- unless you're like Rick and salivating to ski!

You really made good use of your snow day! And that pot pie sounds wonderful.

18.5 inches here...and the university was closed. they said this was the 3rd worst storm in history for this area....are you kidding me ?

oh well....i read all day. finished a great book....and then we had leftovers for dinner since reading just totally wiped me out.....LOL

Oh, those are
the BEST days!
Despite a very
wintery winter
here, no snow
days, yet....
darn-it : )
You certainly
made the most
of it, Jeanie!
xx Suzanne

Love the new Valentines and snow pictures. I think I will enjoy the snow from your pictures and not wish to have it here. Stay warm!

Looks like you're having a tougher winter than we who are living in snow country here in Canada! But isn't that a blessing in disguise, that you can have an extra day to do what you love. These are beautiful Valentine cards you've created here, just wonderful! Thanks for sharing with us.

The snow looks so pretty but I'm glad it's there and not here! But a snow day is fun once in awhile and you made good use of yours. I love your Valentines.

Your valentines are lovely and the photo through your window is beautiful. Snow is so pretty to look at!

Beautiful cards.
I have also been making Valentine cards. So so much fun.
I love the icile picture.

Wow. You totally lucked out with a freebie day, Jeanie. Love your cards. I like simple. Simple is good and the less words the better. Elegant and from the heart is what I look for.

Snow days taken at home are like "free" days - you can do anything you want - isn't it bliss? how delightful that you did Valentine's and you made me smile to hear you say you didn't want to overembellish.
I am going to make a pot of coffee. I am going to cover my desk now with art stuff and see what happens (I'm an imitator, not an artist.)
You are always the inspiration.

And is it called a snow day, even if it's a weekend, because there are 3 more inches of the stuff out there and it's still snowing on this saturday morning...ok, off to find art papers, glue, etc., and make a pot of coffee!

Gorgeous icicles...that word is always challenging for me to spell for some reason ;)

and it is so much fun to see what you've been creating...Lovely cards Jeanie!

Stay warm...I am headed up to the art cave hoping it's a bit warmer upstairs
oxo

I just love your valentines! Beautiful. I haven't made any...I had decided I wasn't going to make Valentine stuff this year... but I'm really getting tempted. Usually hits me on the 13th...ha!

Your valentines are gorgeous! You are right about keeping them simple. It makes them elegant. I can't believe those icicles - I've never seen any that large before. Of course, since I live in Atlanta, that's probably not too surprising.

When I was a kid I call them "I-slickles", because when I licked them, they were slick!

We didn't manage snow this time around, but we're getting another shot of something this coming Wednesday - probably our last chance for the year.

No matter what happens Wednesday, it's going to be rainy and nasty, so I'm going to designate it a do-what-I-want day. I'm going to work like a demon possessed the rest of today to get cooking and cleaning done and get all my mom chores done - maybe I'll even tell her I have "inside work" to do on Wednesday and just shut myself in at home!

I think you've had a very productive day. And I love your Valentine cards...see, that was the kind of thing I'd like to learn how to do. I'm no good at needlework, but I have a feeling I might be able to do paper crafts. They are SO lovely :)

Wow, lots of snow! You were very busy for a snow day! Love your Valentine cards! Awesome job!

I'm glad you were safe and warm inside with the storm raging outside. Love the photos.