Cork Poppers Pop Out for Spring!

Our wine tasting group, the Cork Poppers, had our first gathering in recent months. Today's theme was "Wines of Australia."

Rick and I were late (I had to work the fair till 2 and we didn't get there for an hour), and from what I hear, we missed the very best wine -- Rocky Gully 2006, a dry Riesling from the Frankland River in Western Australia. Some of the fragrances included lemon, lime, peach, quinine citrus, green apple. It had a "Medium length and finish," according to Dick's notes, which meant it hung around in your mouth for a bit! 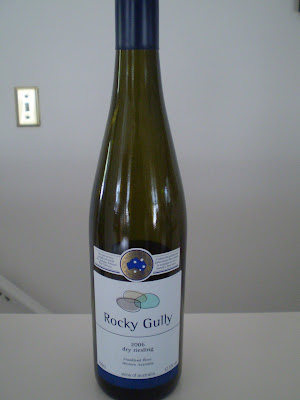 Everyone raved on this -- and they must have loved it because they didn't save us a drop! Price? $18.

We got in on the Tapestry chardonnay 2005, from McLaren Vale. I'm not big on oak-aged wines, but this was aged in French oak barrel for a little bit and then transferred to stainless steel. It didn't have that oaky taste I dislike. The armoas included fruit and spicy oak. 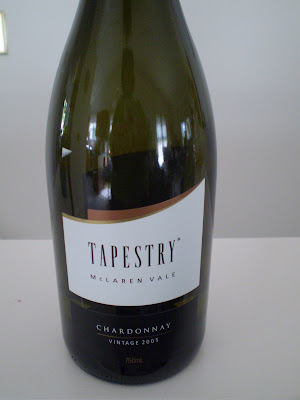 As I said, not being fond of oaky chardonnays, I thought it was delicious! It was nice and peppery, very crisp, and $15. The others didn't like it as much as I did. 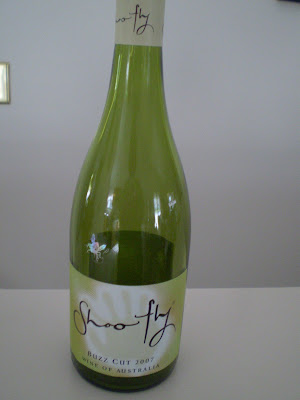 The aroma included tropical fruits. Grown in the high alittude in the Mt. Lofty Range, the harvest was in early spring. This one was $12 and while it didn't grab me as much, the others liked it.

On to the reds -- all of which I liked better. The first, The Stump Jump Red 2007 (McLaren Vale, South Australia) was a Grenache/Shiraz/Mourvedre blend. It was seasoned in oak casks for six months (but I don't have the same issues with reds as I do with the chardonnays in oak.)

Lots of fruity smells here -- berries, white pepper, licorice. Dick says it's named after an Australian invention, The Stump Jump Plough, which can ride over stumps and roots without stopping the draught horse. 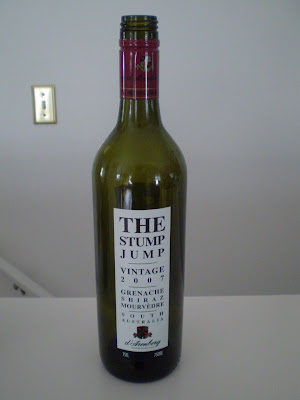 At $11.50, it wasn't a bad deal. I found it very nice -- it was delicious with the strong cheeses I was enjoying at the time, very spicy, with a fabulous aroma.

The next red, Wishing Tree Shiraz 2006 (Western Australia) had more flavor than smell. In fact, I'm pressed to say I could smell much of anything. At first, I wasn't as fond of it, but it grew on me, with smooth tanins and a long finish -- it really stuck with you. At $13, not bad. 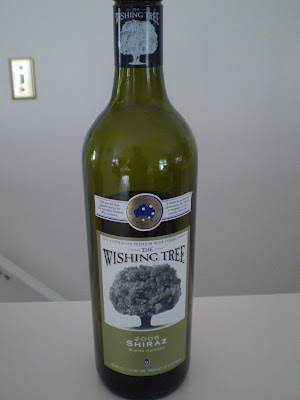 Some of the flavors of this ruby-red wine included black raspberry, cassis, incense, spices and red fruits. It, too, had a long finish. 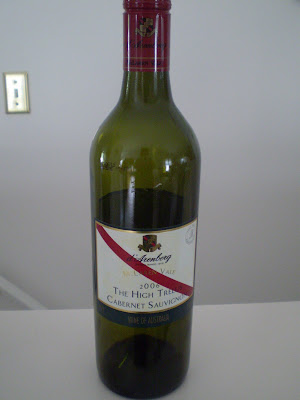 Aged 18 months in older American and French oak barrels, it was much dryer than the others -- Rick liked it better than all the others combined, and described it as "three dimensional" -- what you taste at the beginning isn't what you taste in the end." Mike said it was "better by the minue" and several of us said "It smells divine."

Dick surprised us with one more -- Peter Lehmann 2006 Barosa Shiraz. 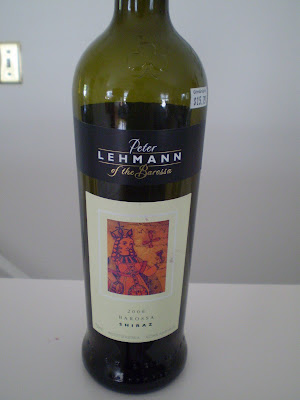 At $15.49, it was very tasty and we liked it much better than the Wishing Tree.

Words of note for Australian wines -- our wine mentor Dick said if you buy an Australian wine, drink it within two to three years of the vintage label. Don't save this one for your big celebration more than a couple of years down the line!

Then it was time for dinner! 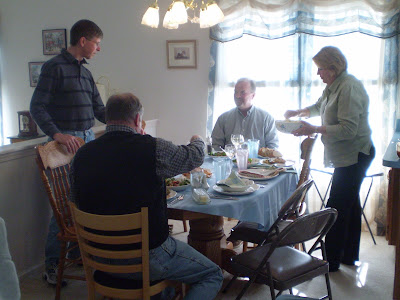 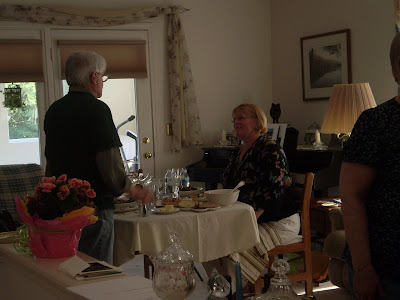 Thanks to Pat for hosting us, and happy birthday to Roger! Everyone brought great treats for the pot luck. And I'm still full!
Posted by Jeanie at 10:32 PM

You make me wish I liked wine.

Sounds wonderful - I love getting your tasting notes. Will definitely be on the lookout for High Trellis & Rocky Gully. FWIW, I had a Shoo Fly Chardonnay somewhere with dinner that was fabulous, not at all oaky, and quite different than the Buzz Cut. Can't seem to find it anywhere, though. If you see it, you'll let me know, right?

Also: The notes about your cheese plate will be coming soon, I assume?

I love wine even though I take some meds that say do Not drink alcohol when taking this medication, so I don't. Some of them sound yummy!

I'm way up north at the Soo! Not long ago it snowed...today it was 80 degrees! Michigan...go figure! Love your blogs and so happy that you've been visiting mine☺

Thanks for sharing the wine judging comments. Very interesting. I have much to learn in this area.

This was a great lesson in wines! So interesting. thx.

I always love to read your delightful wine posts. I try to buy some of the ones you rate the highest and they are truly great.
Thanks for sharing this with us all!
xoxoxoxoox

The Rocky Gully wine is produced just hald an hour away from me, from local grapes!! What fun to hear your comments on our wines,I am not very adventorous and tend to stick to our local wines most of the time.

You do the most fun things. I love it!

I've never heard of any of these. I'll have to look for the cheaper ones in the store. I'm not a big spender.