Recently we attended the wedding of Rick's niece Allison in New Harmony, Indiana. Allison wisely chose this small town near the Kentucky and Illinois borders as a site for family and friends to congregate for her special day, knowing they would find it as enchanting and romantic -- not to mention fascinating -- as she did. 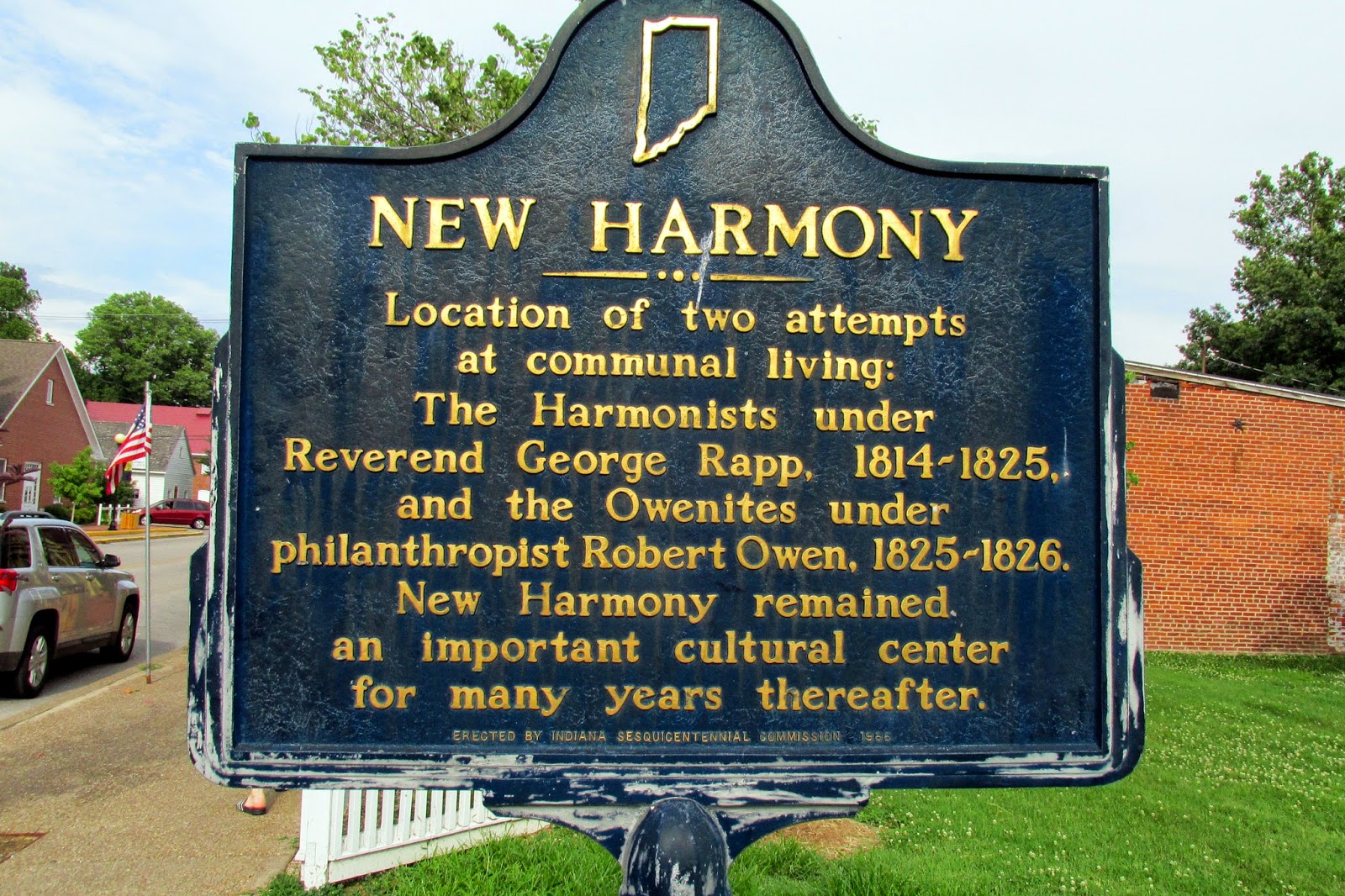 This spot is exquisite and if you are traveling in this part of the U.S., a detour to New Harmony will refresh you. Don't look for the wild and crazy good times (although after the rehearsal and reception, I am told by many of the 20-40 set that a very good time was had at the Yellow Tavern!). What you will find include historic buildings, beautiful biking areas, charming homes, a small but lovely downtown with good shopping and a labyrinth and roofless church, both of which will be featured in separate posts. 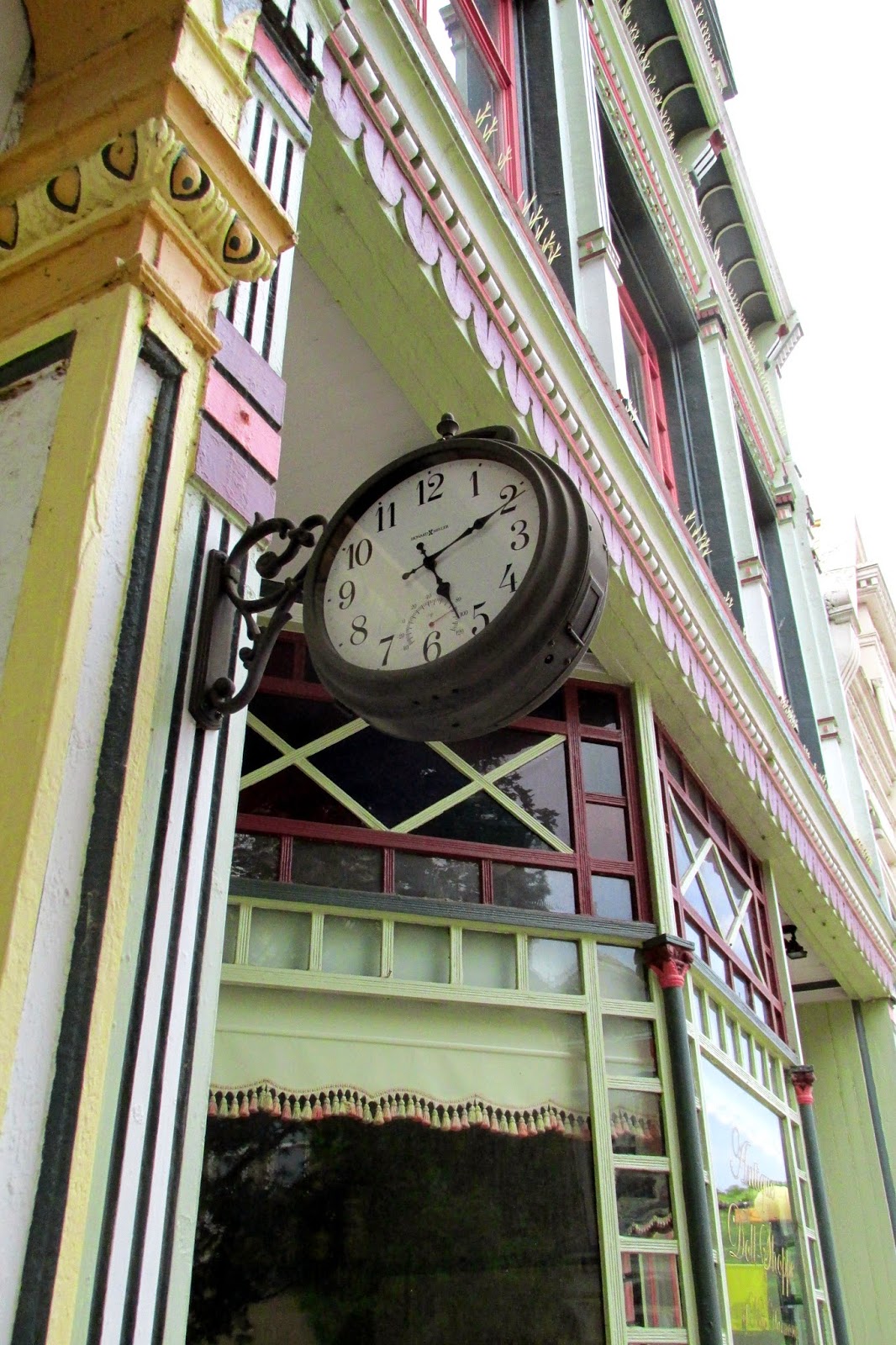 It must be "wedding city" -- there were five or six weddings taking place over the weekend we were there, and the New Harmony Inn also serves as a center for conferences. It's the quietest town I've ever been in -- many of the New Harmony residents skip about in golf carts. 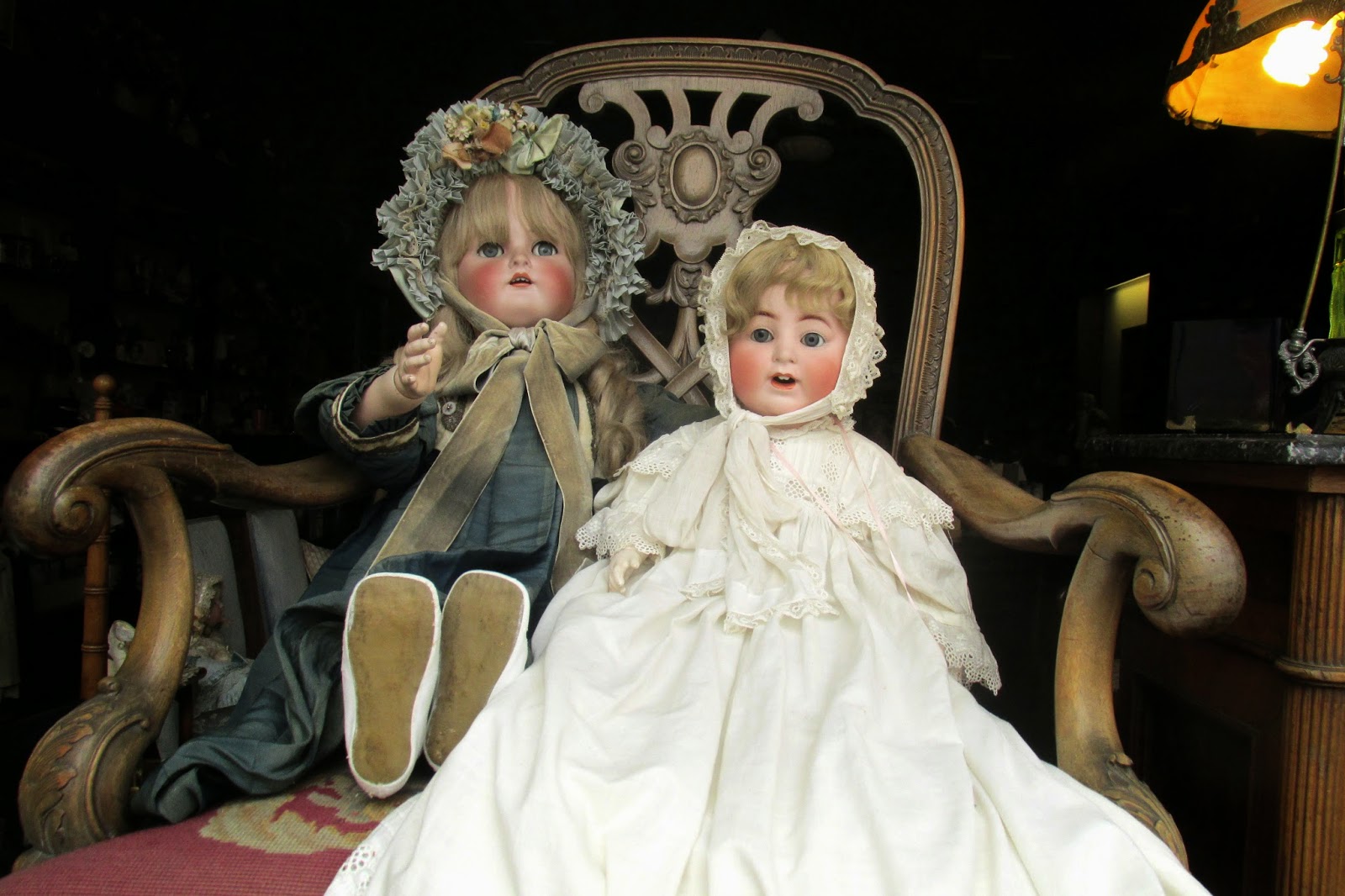 I enjoyed the antique stores and farmer's market, even though that was very small. A quiet early morning walk was truly a spiritual highlight and I could understand the historical elements of the town simply by walking. 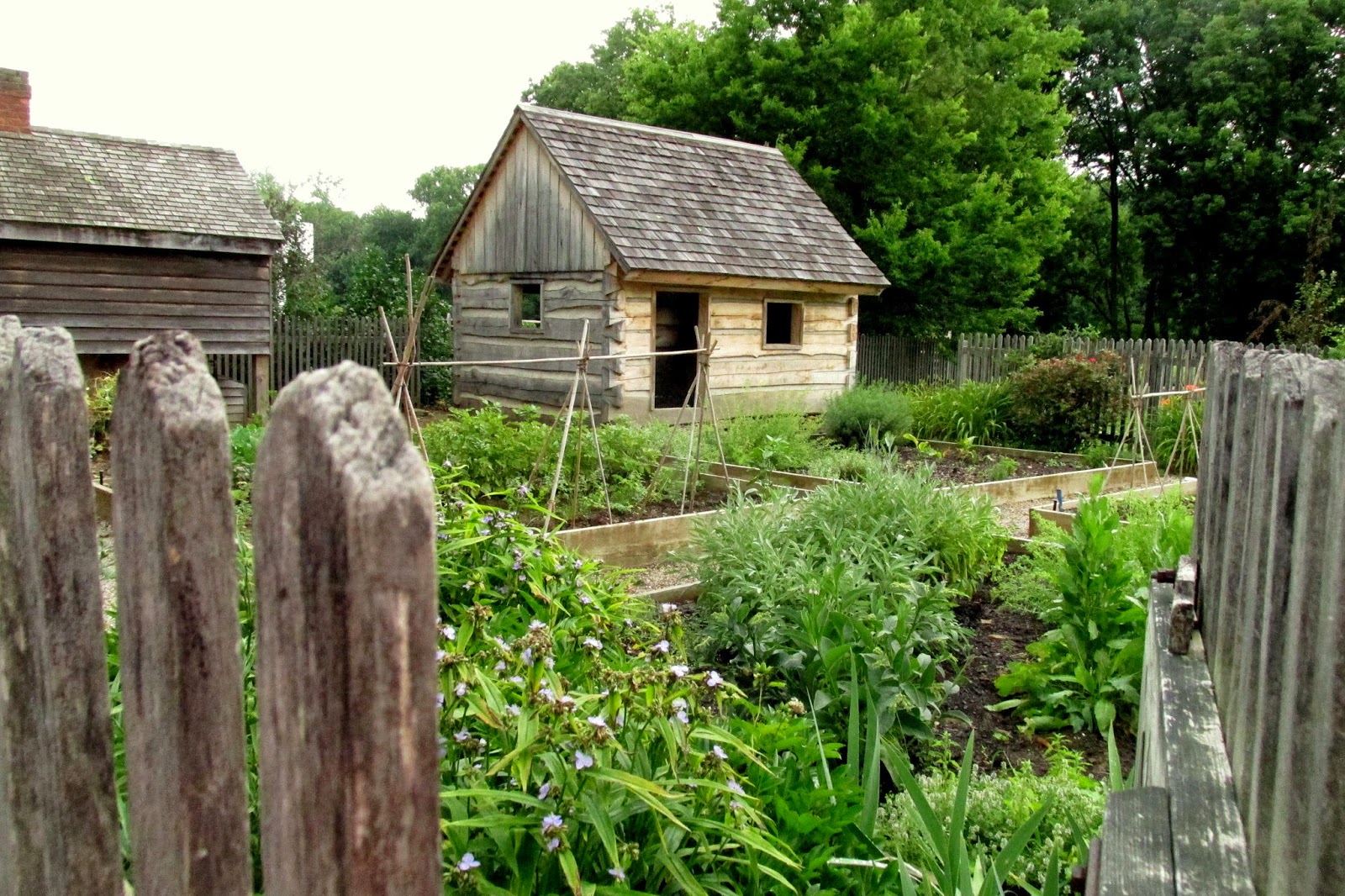 We stayed in the New Harmony Inn, which was very nice. (Everything is walking distance in this hamlet). However, I would recommend one of the lovely guest houses. I'm told from those who were there that they are filled with antiques and many, like this one, had lovely patios for breakfast. 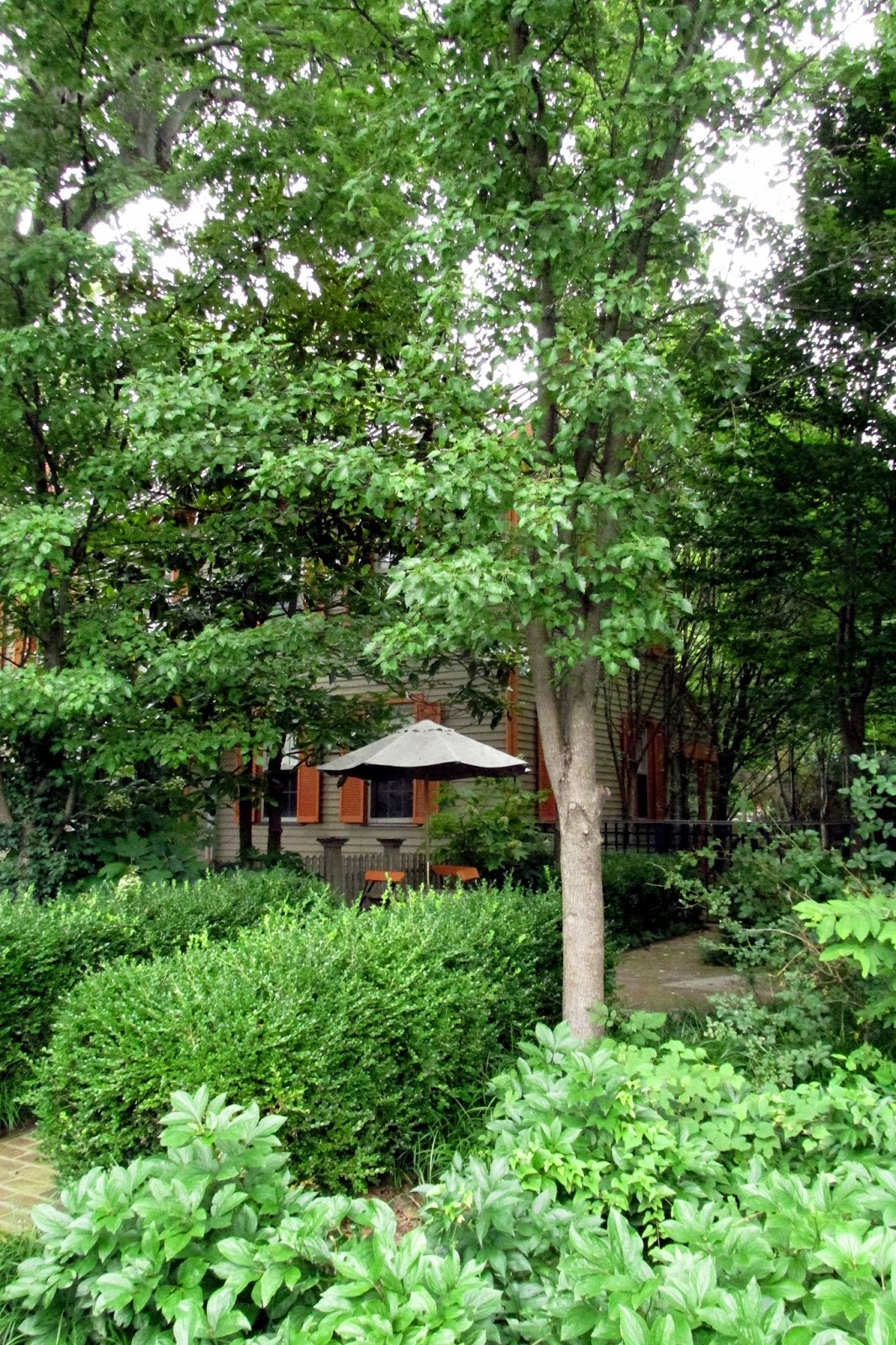 The rest of this post includes the fascinating historical background of New Harmony, edited from a piece written by Rod Clark for the wedding couple's "goodie bag." Even if you aren't interested in the history of this intriguing 1800s experiment in communal living (different from but not unlike the Shakers) read on! 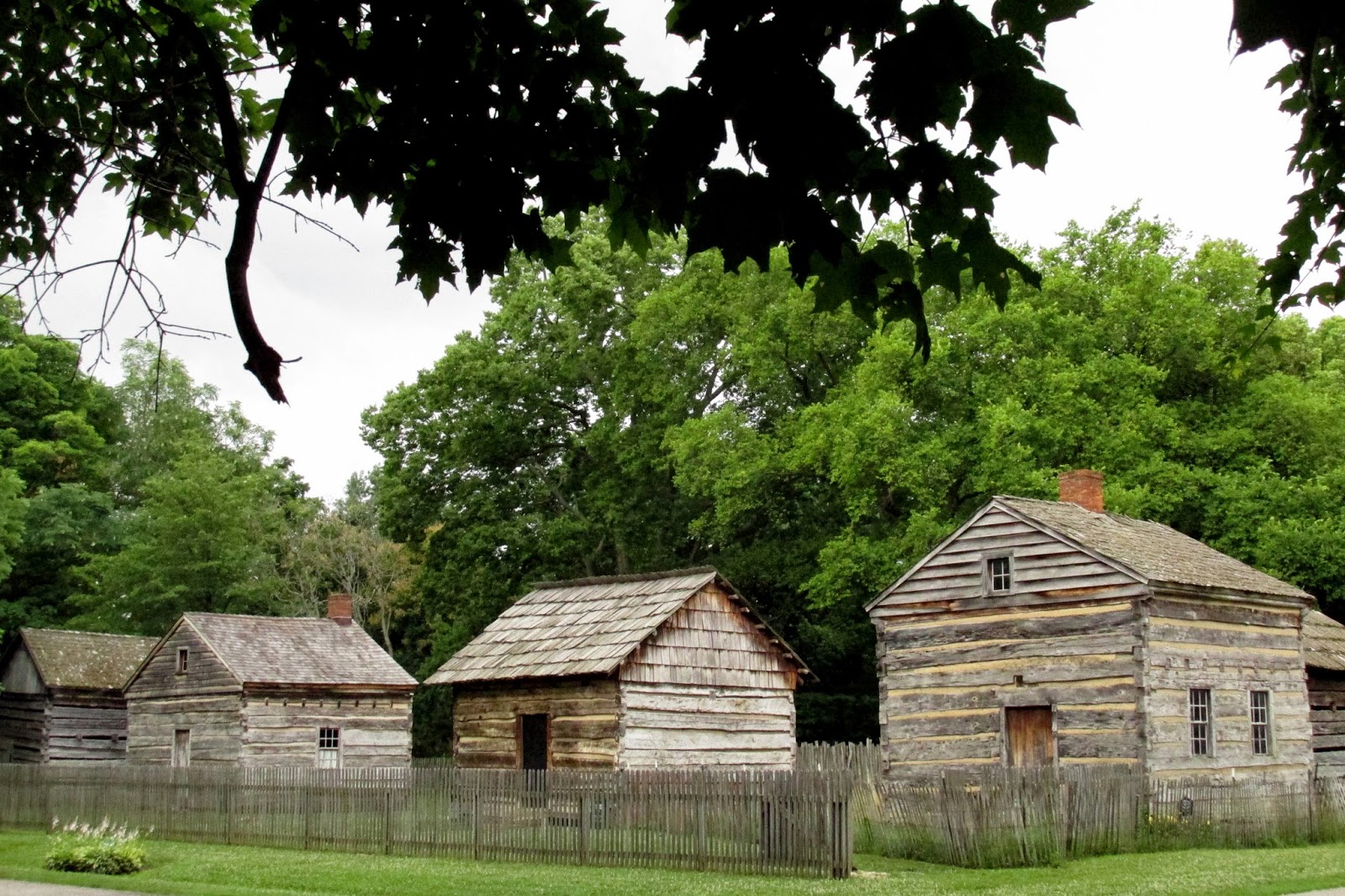 New Harmony was established 200 years ago by a group of German immigrants led by George Rapp. Rapp's religious sect (Deists) had undergone religious persecution in Germany and they fled to the newly founded America. They were known as The Harmonist Society and they established one of the earlier attempts at community living in the United States. 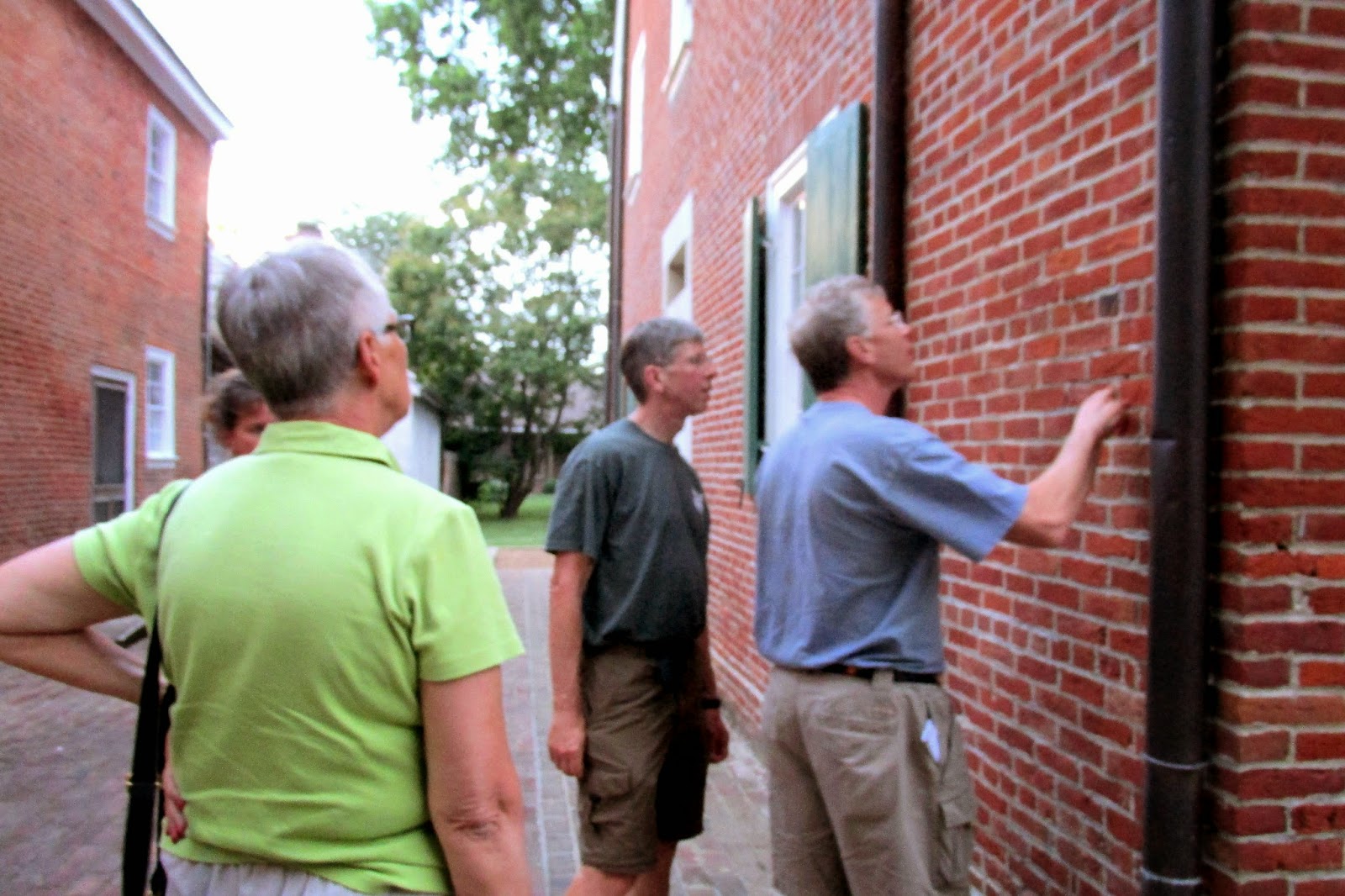 The Harmonists were a strictly religious group and wanted to establish a Utopian community based on their understanding of "God's Kingdom." They shared properties and revenue in principles we would now equate more with socialism. 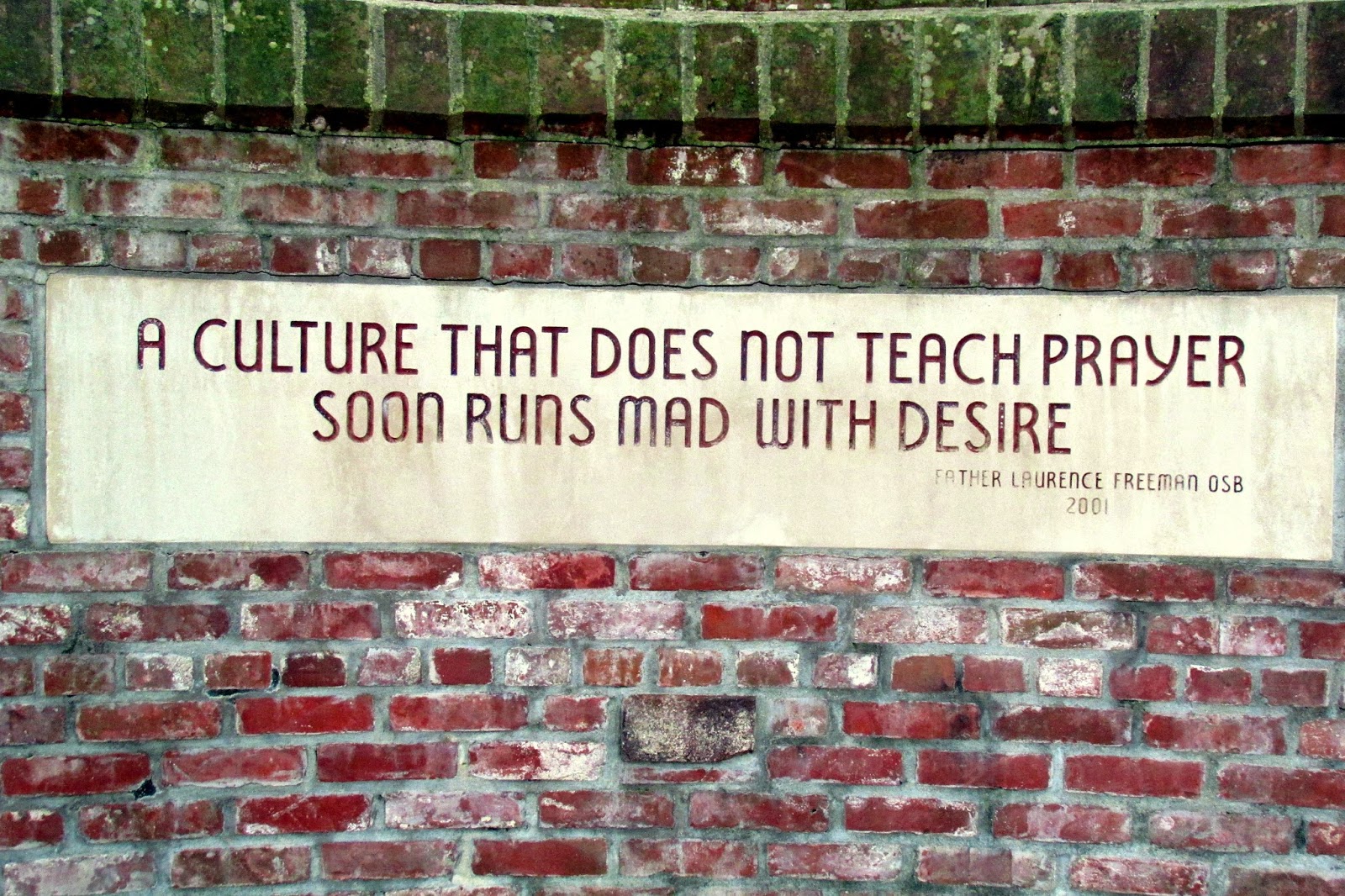 In many ways, they remind me of the Shakers, at least in terms of producing quality items. The Shakers are known for their furniture; the Harmonists for items like textiles, whiskey, beer and rope. They exported these items both to other states and Europe and were so successful that they left the town to move closer to their markets (1825). 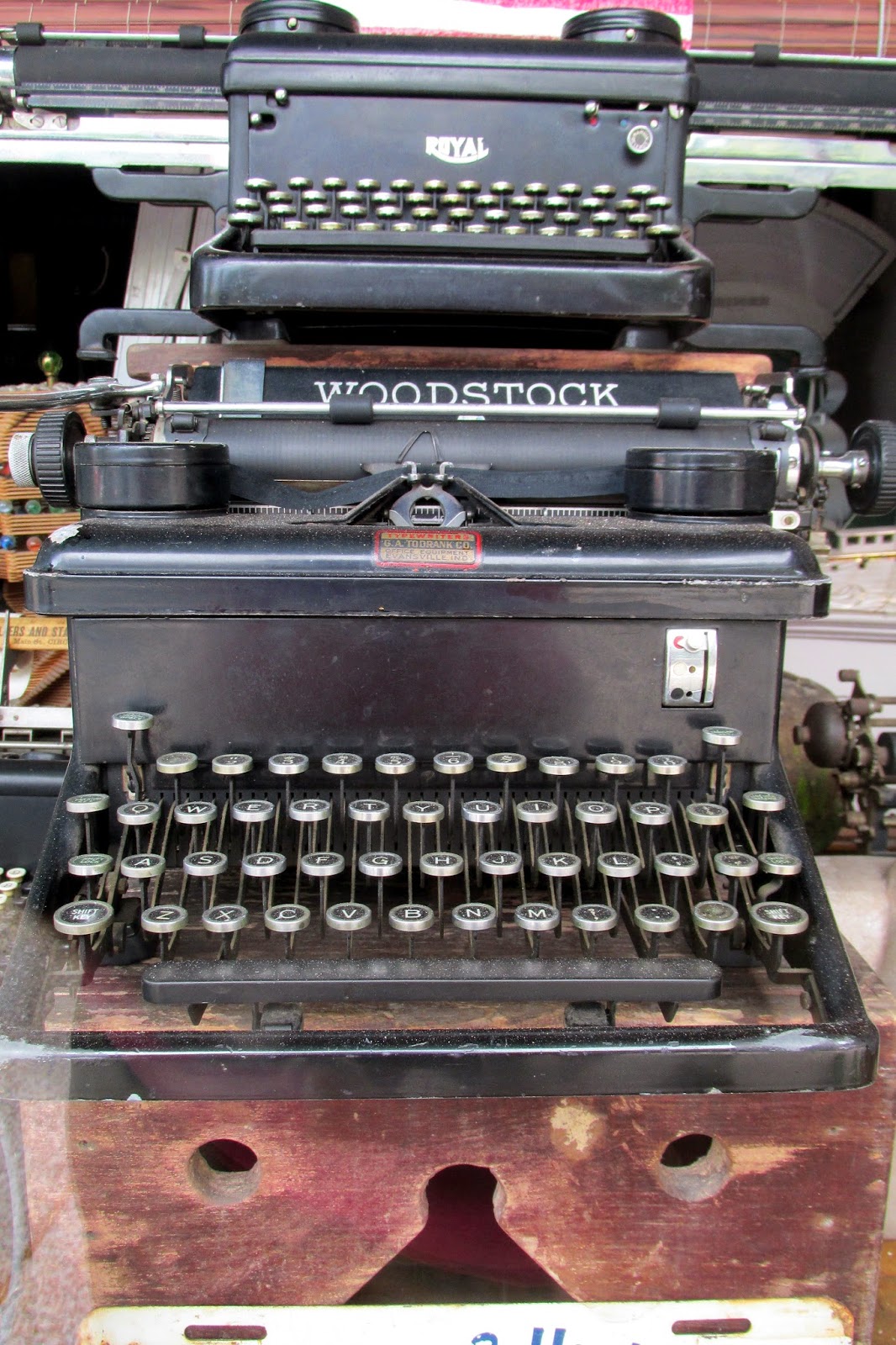 In Scotland, progressive European manufacturer Robert Owen had learned of the Harmonists' concept of community organization and when the town was put up for sale, Owen decided to purchase the community to begin his community of a new society with shared ownership and labor. 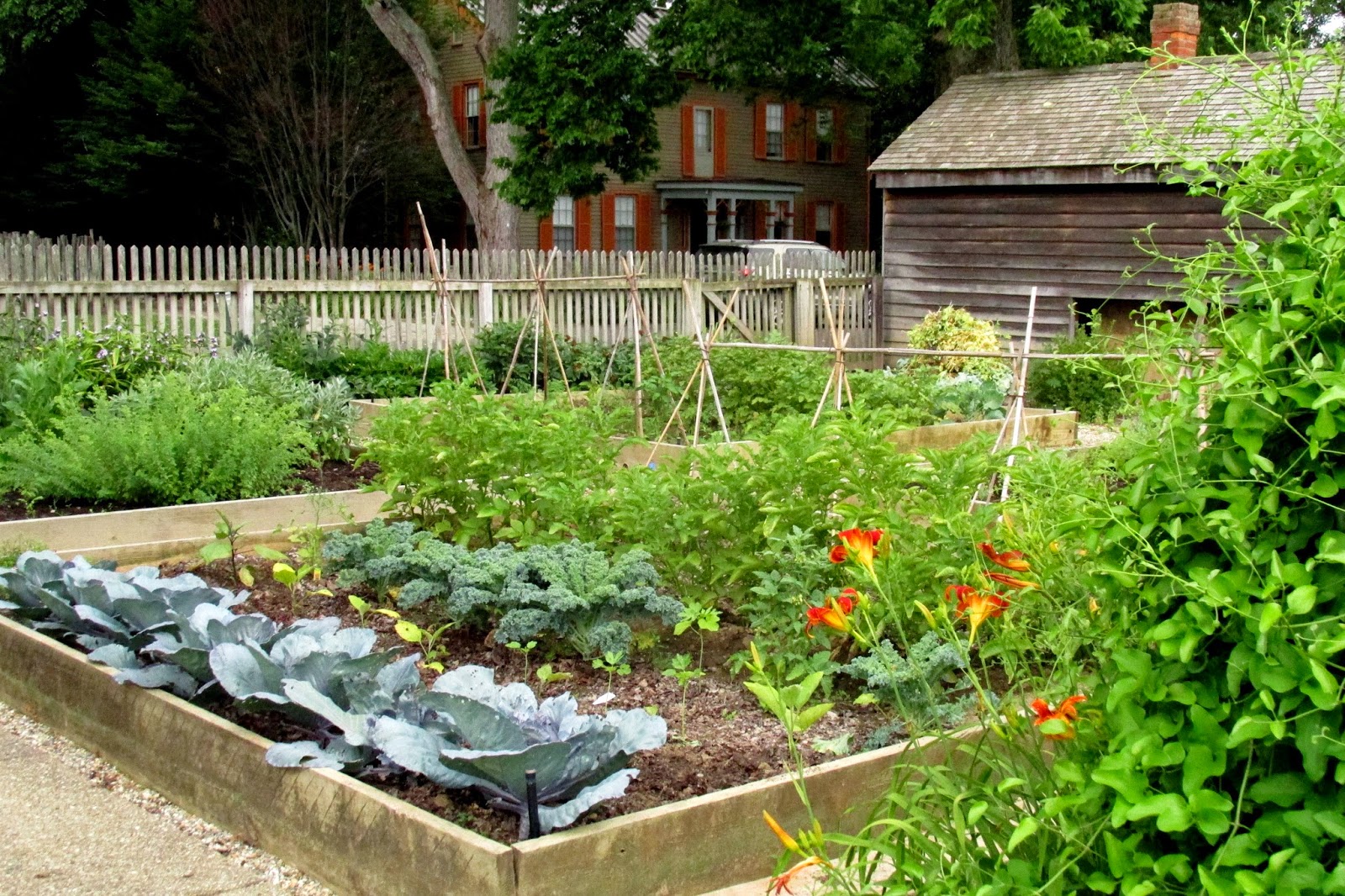 Because he was so successful in Europe, he attracted the curiosity and scrutiny of others to see how this new system would work and initially it was met with great enthusiasm. 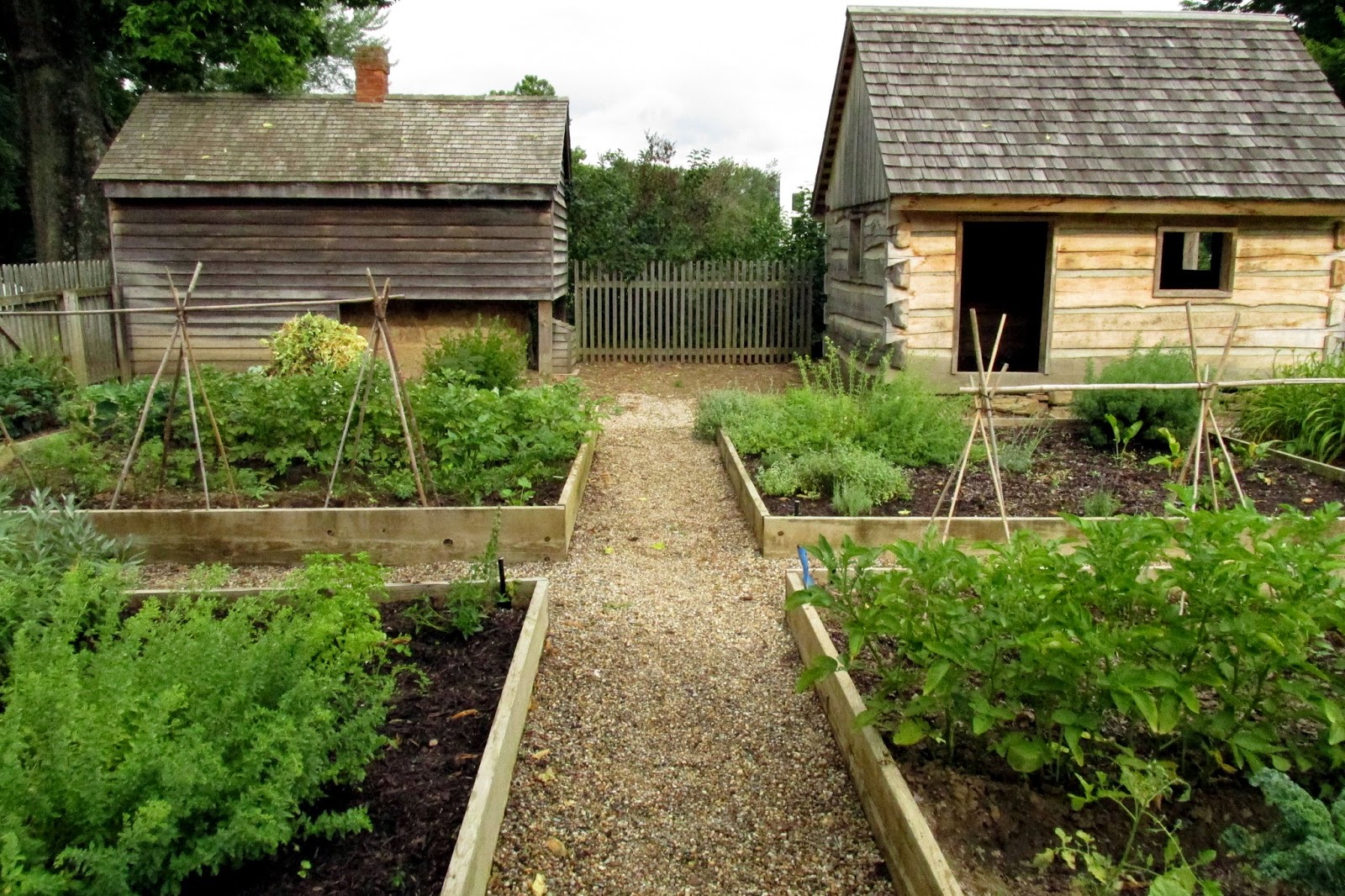 But unfortunately, rather than simply gathering the hard workers, Owen's plans also attempted those looking for a "free ride" and he abandoned the community two years later. His sons, however, and others in New Harmony remained and eventually the town became a known as a cultural and scientific center. 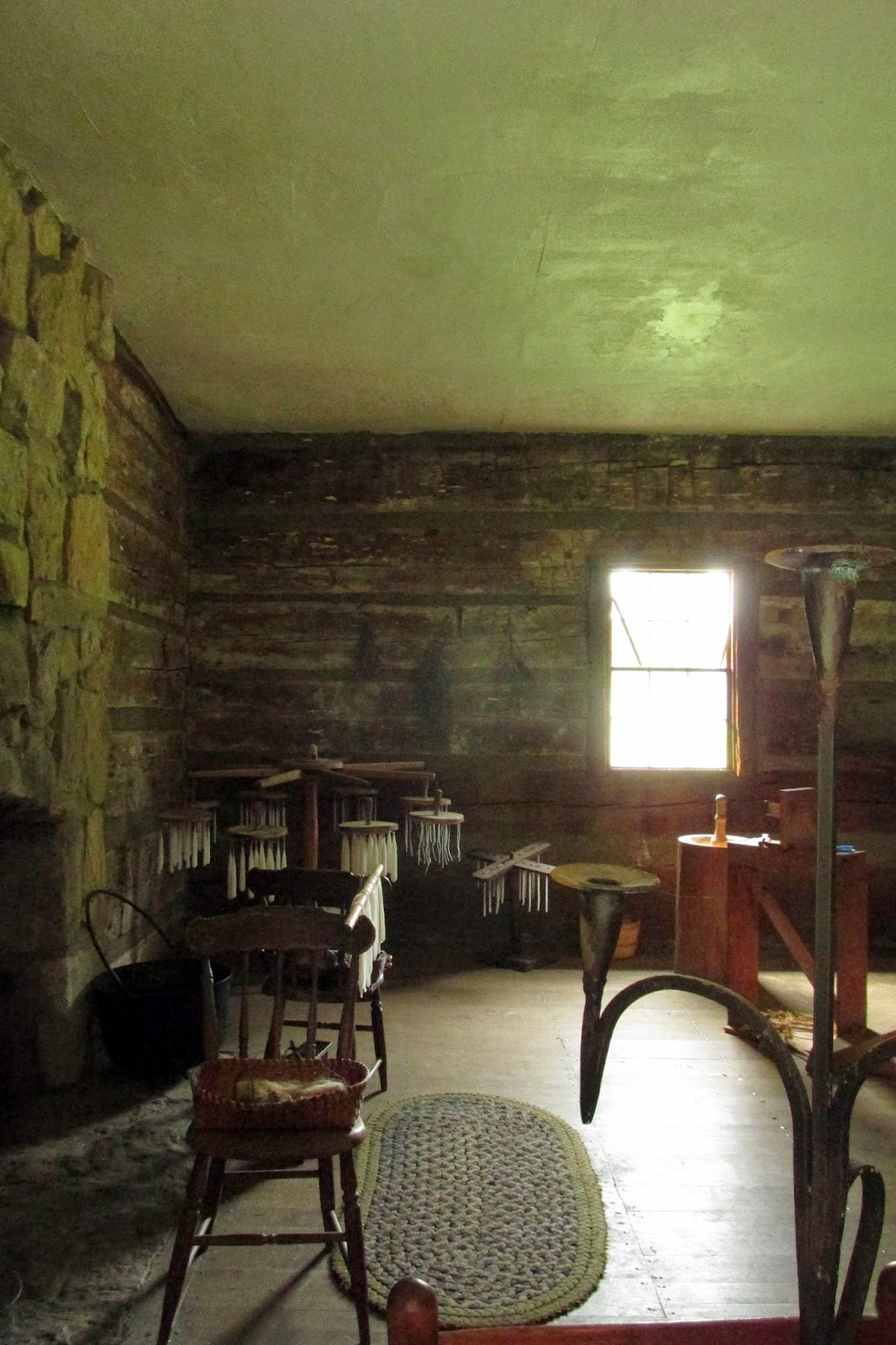 Some buildings are preserved inside as they were in the 1800s.

The town has been exquisitely preserved thanks to the efforts of Jane Blaffer Owen, a Texaco/Exxon heiress who married one of the Owen descendents in the 1940s. She committed her wealth and her energies to preserving the town as a spiritual retreat center and a place of art, music and beauty. 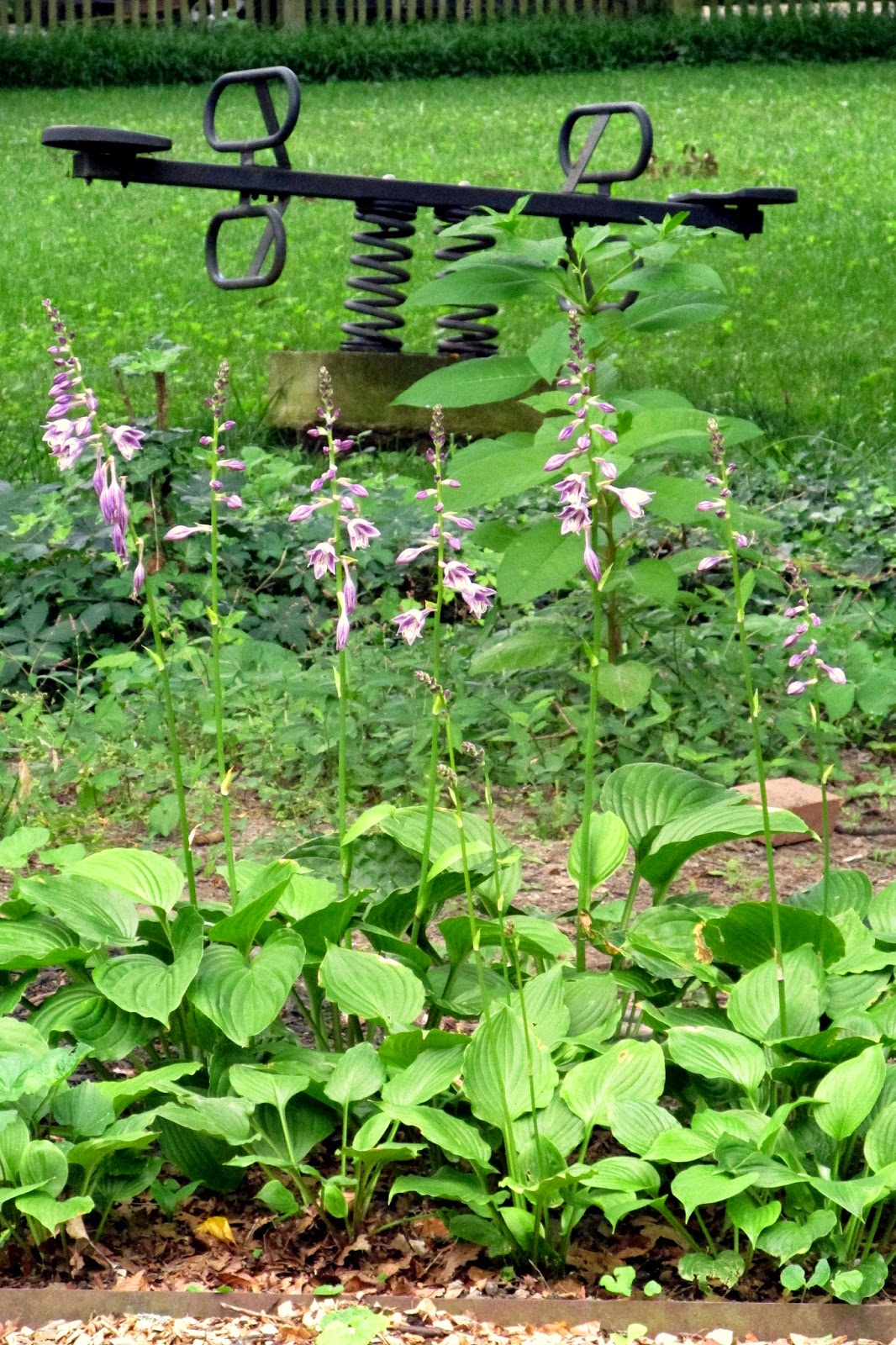 If you head to New Harmony, check out the antique shops, had a terrific salad at Sara's (also a lovely wine bar with an excellent list).Sit for a few minutes in one of the parks or gardens. Just wander. 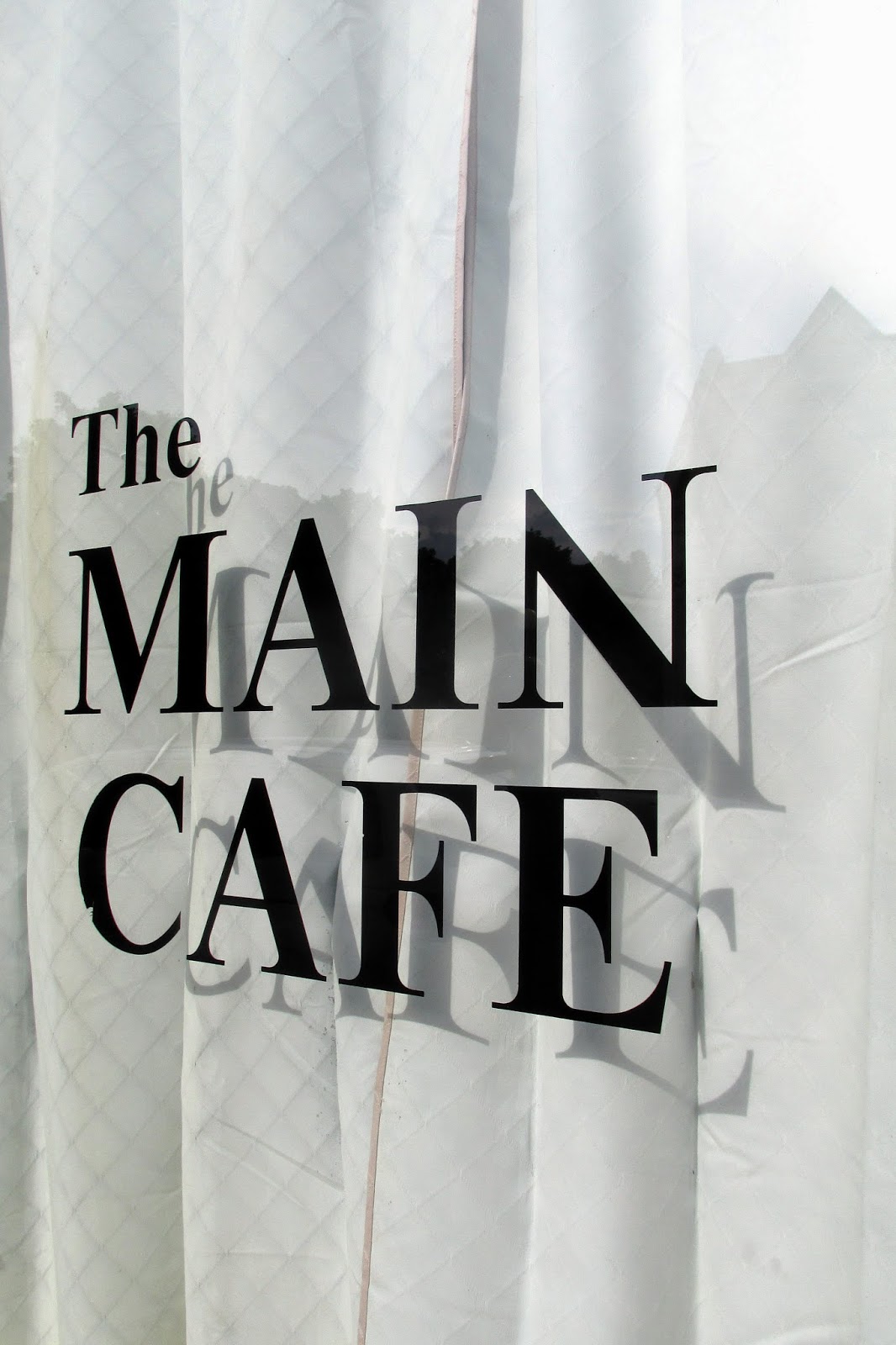 You'll be refreshed, peaceful, calm -- and pleasantly surprised!
Posted by Jeanie at 11:23 AM

Email ThisBlogThis!Share to TwitterShare to FacebookShare to Pinterest
Labels: New Harmony IN

Such a charming place, Jeanie. I'm always surprised at how some towns are able to retain so much charm and flavor. Another (even with the heavy tourism) that comes to mind is Gettysburg.

Annie Jeffries said...
This comment has been removed by the author.
Friday, July 25, 2014

Little towns like that are like a step back in time. We visited a Shaker village in New Hampshire. I love their furniture.

The gardens in New Harmony are gorgeous. Oh, don't I wish I had a garden like that. It looks like a great place to visit.

You are right, this looks like a really fun place to visit and what a great place for a wedding. The history is very interesting.

What a perfect place for a wedding -- and to visit! I hadn't heard of it -- but now, thanks to your pictures and history, I'd love to visit! It's just lovely and charming.

What a wonderful place to plan a wedding & to share with family & friends!

Feel like I've just been on a weekend vacation!

Lovely interesting post with great photo's, especially like the garden shots, everything in it's place and a place for everything!

Good morning Jeanie! WOWOWOOWOO how I love these sorts of towns ripe with history as such. Those old dwellings, the raised garden beds, all of this is reminiscent of my life in New England where we saw American history not just come alive, but ALIVE in everyday life - old cementaries on street corners in neighbors peppered with old headstones from the 1600s - old towns ringing in Sunday mornings from old church steeples and more. Lovely town my friend! Anita

You wrote such a nice piece of history intertwined with current observations!

I wonder what the town looked like before the oil heiress restored it?

It sounds like a lovely place - a wonderful location for a wedding and gathering of friends and family.

Thanks for this interesting tour.
I'm going to take your advice
and just wander around here
this weekend:)
much love and rest,
Jennifer

What a cute little hamlet! I love little off-the-beaten path treasures like this. It sounds like such a charming area!

Jeanie, Your photos are wonderful - I felt as though I was walking with you. What a quaint setting. I sure love that old typewriter!

Oh I love visiting villages such as this, especially with the historic gardens. This definitely would go on my list if I ever get to that part of the world. What a lovely place to have a destination wedding.

You seem to find the best places to visit! Harmony looks like such a beautiful little town. I'd love to visit, or even live in a place like that. So peaceful!

Hi Jeanie! Oh, this looks like such a great time. I love little towns and especially when they keep their history alive. Thanks for popping in to see me.
Be a sweetie,
Shelia ;)

very interesting....I like the name New Harmony and think it was an excellent choice for the time. My little town also has a rich communal/religious living background, by the Emissaries of Divine Light, originally begun by Lord Exeter in England. I can see the benefits in such a lifestyle.

What an interesting place for a wedding. The name is most appropriate. Your post makes me think of a Hutterite Colony in our province Alberta. I haven't been there but I know many have. Now I want to go see what it's like.

What a lovely place name--New Harmony! I love that! :o) The Lenz House/gardens--beautiful! Yes--very Shaker-like. So glad it's been preserved. In a way it's a shame those idealistic - shared community living groups didn't thrive more and for longer. Maybe we wouldn't be the capitalist-gain society we've become. Anyway, fun to see where you've been traveling this summer, Jeanie. :o) Happy Days ((HUGS))

New Harmony looks a most fascinating place. I have read about some of the early communal living groups in the US. It must have been inspiring living in a new country and trying out new ways of doing things. I'd be intrigued to go inside some of these plain and simple but evocative homes.

Utopian socialism just never has cut it, but they surely do leave a lot of great houses and gardens behind!

I remembered Owen, and did just a few minutes of reading. I thought it was interesting that he went back to England, but his four sons ended up as American citizens.

The photos are wonderful. What a nice setting for a wedding.

Such a charming place highlighted so beautifully in your photos...
it certainly looks well kept and tended ... nice bit of history...
thank you Jeanie!

What an idyllic place and so appropriate for a wedding. Your pictures are so pretty - they look like some little village in England or Germany, but it is nice that you can get to it in the US.

Amazing Gardens. I so admire the way you travel, drinking everything IN.

Thanks for the kind words on my blog, I love that you 'get it'.

I'm so excited about the wider format of my new blog I've always wanted to share bigger photos :) I've been focused on so many pieces of this moving puzzle and I miss blogging it's energizing to be back at it.

My mom grew up in Winona Lake, Indiana -- another sort of cultish community, back then, from what I understand. Not the peaceful contemplative sort, though, I think. More the large-group revival type.

New Harmony sounds like an interesting place to visit. Thanks for taking us along!