East Lansing was a wild place the weekend of August 13 with the annual Great Lakes Folk Festival -- my favorite event! 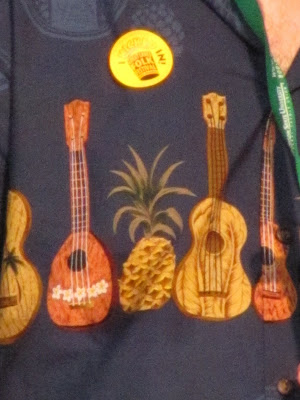 Over the course of three days we heard Celtic... 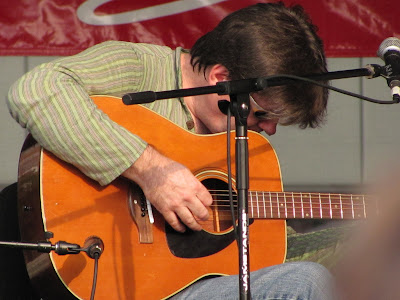 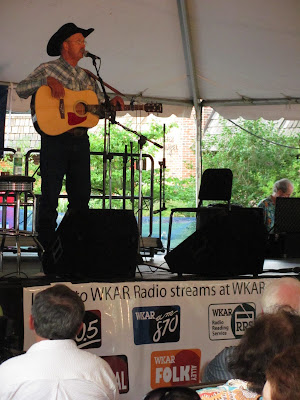 Mariachi (not pictured) and flamenco. (This would have been an excellent act if the guitarist had kept his mouth shut. He was very loud and sort of sounded like he was in labor when he sang. Gave me a headache and we left after this group! That said, he could play the guitar like crazy!) 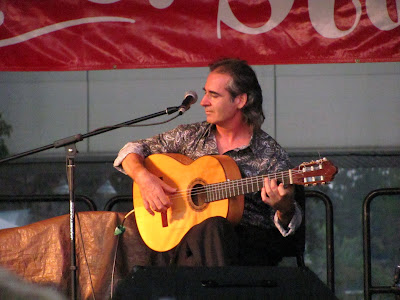 He came with his dancers -- and they were good. (The guy was fabulous and really was shining in his solo. Often the woman looked like she was just going through the steps, but it was also 88 and a little humid. We were dripping just sitting there, so I've got to cut her some slack!) 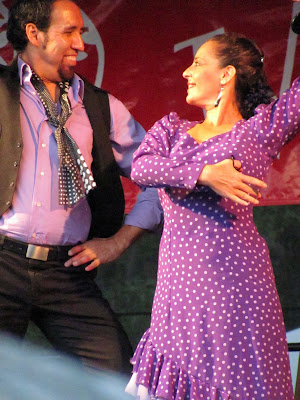 All that and more was Friday. There are many stages to this event, with the music happening simultaneously, along with lots of demonstrations, a green arts marketplace and more. While there was lots to enjoy Saturday, one of my favorite bits was the musicians jam (there was also a community sing). Here Hanno, one of our local musicians, participates in the jam. 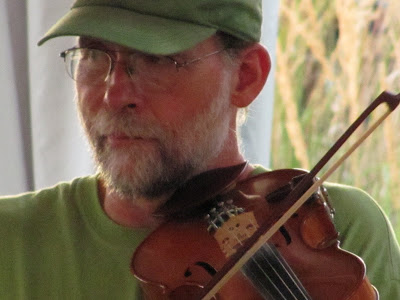 And this is a lousy picture of the wonderful Quebecois group that also performed that night. 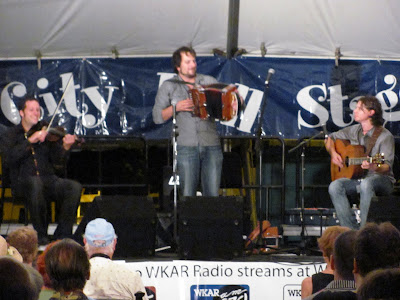 They were also at the dance tent, which is great fun. (You could have joined in there with polka or Creole/Zydeco, too!) 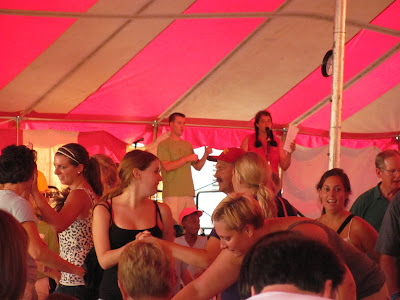 If those genres don't get you, how about some Hawai'ian ukulele? Kimo Hussey was my favorite of the acts, and a very nice guy. 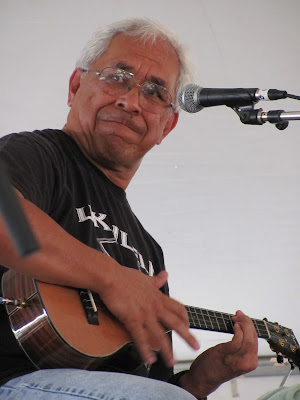 And then there were the heritage awards. Alberta Adams, at 93, was recognized for the blues. And if you think a 93-year-old can't belt it out with the best of them, think again! 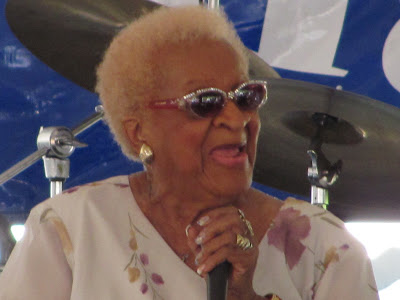 She had the pipes (and the band) to really sell it! 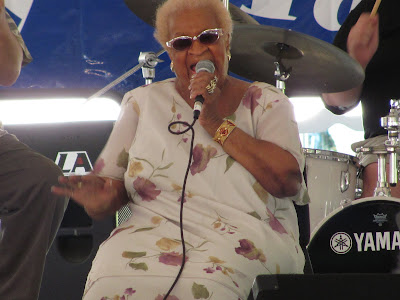 Without doubt, a good time was had by all! 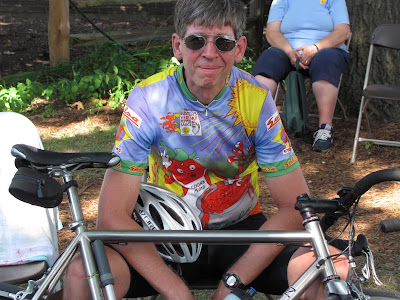 Be there, next year! (Second weekend in August!) 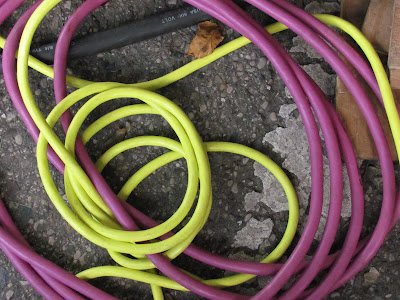 A kiss from the South of Andalusia. Spain

So much fun! Celtic and flamenco AND a cowboy poet? Oh my ... swoon.

Looks like a wonderfully varied lineup. Someone just published a book about the blues festivals held in Ann Arbor in the late 60s -- I wonder if this will be remembered as fondly.

love the photo of the cords :-)

I Love Music Festivals! I Love all different kinds of music. Maybe I will come next August. I will take your 88 or our 99 and 100% humidity any day,,ha!
Wonderful Pics,Jeanie!
xoxoxoxo

Pure fun! The more I see of it all the more I realize you benefit from moderate summers - it may not feel moderate to you, but I can guarantee you there's not much going on here from mid-July through August. Not unless it's in the AC. Spring and fall? Then we party - lots of festivals, food, arts.

But dumb me has to ask - what are those purple and green cords?

What a great looking event! Maybe I can go some year.

Celtic and the blues would have been my favorite. You have the most fun!

I'm giggling at the labouring singer. You have been having a fab time of late.