November wasn't another banner month for reading but everything I read was worth the time. 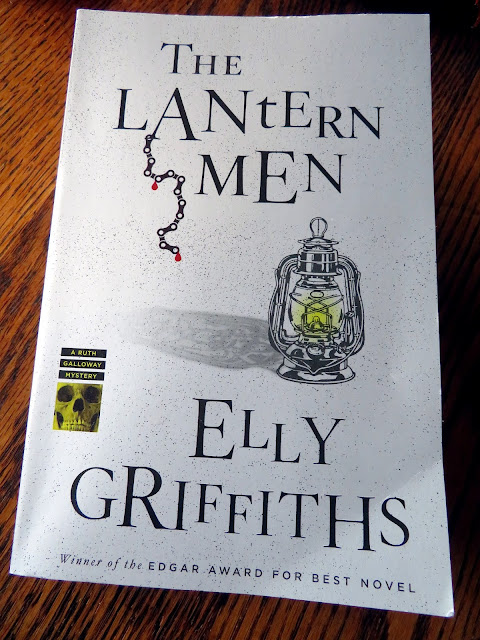 I started out with another Elly Griffiths, "The Lantern Men." This time, Ruth Galloway, who has left Norfolk and is now teaching at Cambridge, is called back to serve as forensic archeologist when a convicted murderer reveals the site of several bodies. Again working with DS Nelson, she is drawn into a mystery that involves an artists colony, one in which Ruth, herself, has been a part. When others die in ways similar to that of the imprisoned murderer, the race is on to solve two cold cases -- and two new ones. 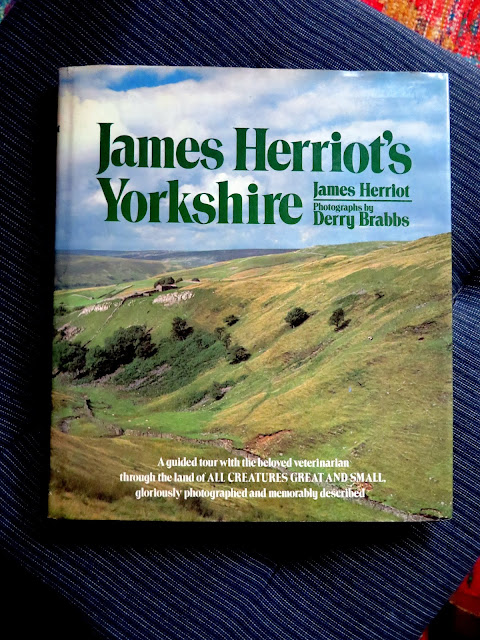 James Herriott and Derry Brabbs collaborated on this narrative photo tour through Yorkshire, the countryside the author/veterinarian described beautifully in his books and which is seen in each episode of the television series "All Creatures Great and Small." Herriott focuses on numerous towns and dales and favorite walks in this lavishly illustrated book with lots of references to "All Creatures" characters, including his wife, Helen. 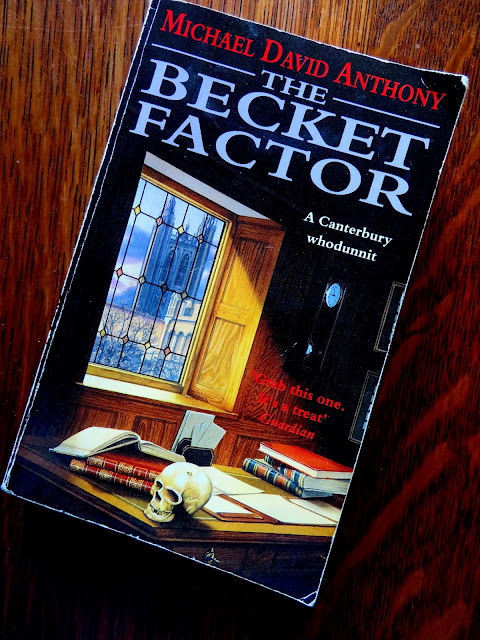 Michael David Anthony's first novel finds retired colonel John Harrison working for the Canterbury Cathedral in their financial office. When a coffin is unearthed prior to a renovation on the famed cathedral, word gets out that they may be the bones of Thomas Becket, martyred in the cathedral centuries before. A series of murders occur, drawing Harrison's attention to both the crimes and the reasons behind them. Could they be connected to the past history of the most viable candidate for the next Archbishop of Canterbury?

Someone said "Why are you reading that book," which is by artist Emma Witte. The fact is, I never learned the basics of water color or color theory. I just jumped in. Witte's book should be required reading for anyone else who has ever just "jumped in" and started to paint. 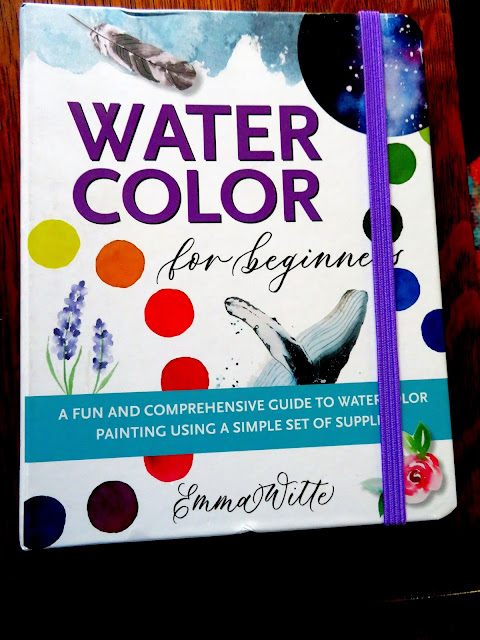 She goes through color theory better than I've ever seen it explained before. Illustrated with charts and paintings, she also includes several painting projects with loads of tips. I will refer to this often. 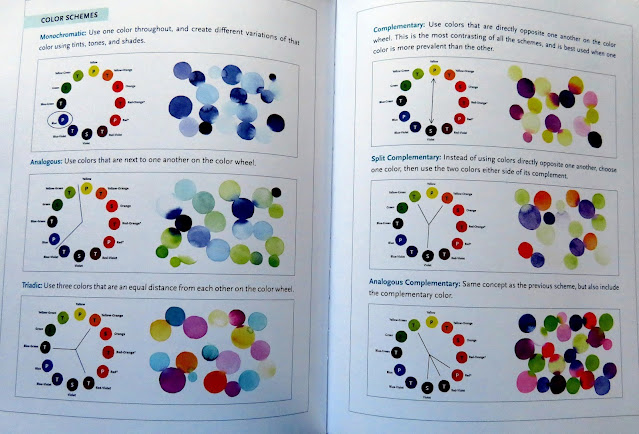 I probably would have finished this one if I hadn't lost it 125 pages in. I just found it a few days ago, after I got about 50 pages into "Pancakes in Paris," so look for reviews of both of these in December's reads! 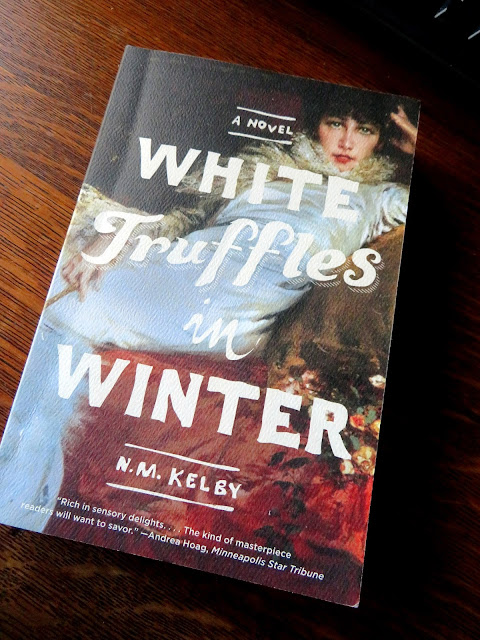 Who knows? Maybe I'll get through a few more... though I doubt it! December is a busy month!

You do find some great vintage mysteries Jeanie. I haven't heard of this one by Michael David Anthony. I loved the James Herriot books as a kid, and this one must be another joy. I wonder how much has changed in Yorkshire since this book came out? And nice watercolor book. I didn't have a very big read month myself. Only 4 books total. 2 of which I started in October. I'm hoping maybe December might improve a bit, but who knows. Like you said, it tends to be busy. Have a wonderful start to the new month, and thanks for sharing these. hugs-Erika

I had a slow reading November as well, but many other things to do. I have to look for The Becket Factor, sounds very interesting, and I am always in for historical fiction.

You read so many good books. Enjoy December’s reads.

You read such an interesting collection of books. I always enjoy your reading recap.

I'll put some of these on my reading list. I've read a couple of good ones lately and 2 that were just so so! I love to read in the evenings before bed to unwind! Sweet hugs!

PS I need to look through that watercolor book!

You read some good ones. Elly Griffiths is always good. The James Herriot book about Yorkshire sounds good, I loved living in Yorkshire back when, it's so beautiful! Have a great week, Valerie

OH I see a few on your list that are os interest to me, of course watercolor and James Herriot! Thank you for scouting these out. I will stock up in case of another covid lock down surprise, which seems likely.

What a great variety of book reviews! I have read all of the Ruth Galloway series. I will see if my library has the Becket Factor. The Yorkshire photo tour book looks beautiful. Take care, enjoy your day!

I am glad that you found that watercolor book. There is so much to learn, isn't there?

I always love reading your book reviews, Jeanie! December is so busy, I hope to have time to read a couple of books,

Mysteries haven't lost their appeal as a favorite reading genre, even nowadays,with the DNA test which makes it possible to solve most of them in quite a short time. On the contrary!

I don't see how you find the time to read so much in a month. But I'm glad you shared your watercolor book with us. It reminded me that I need to begin at the beginning when I start my serious venture back into painting after the holidays are over.

A nice variety. That Herriot book would give me the armchair travel I'm needing :)

Looks like a great selection Jeanie. I am a big fan of James Herriot, I also am excited to read The Lantern Men which I have just ordered. Thank you for the recommends and Happy December!

This is not a reading time of year for me. Good for you for completing four.

Glad you got some enjoyable reading time in.
Happy December 1.

Between your craft sale, working with young theater designers, Thanksgiving preparations, and various visits, I'm surprised you had time to open a book, much less read as many as you have.

Looks like a great range of material here, and that watercolor book looks inspirational. Elly Griffiths is always on my list of favorites (but I'm trying not to binge on her too hard -- it's nice to have something reliable to fall back on when good books seem hard to find), and I'm intrigued by the The Becket Factor. White Truffles in Winter, though, looks like something I need to put at the top of my list!

Thanks for the round-up!

I had never heard of James Herriot until PBS started airing the series. It's a fun show and I look forward to seeing season 2. Easier to watch than read, though.

I like your mysteries. I'm a huge mystery fan and these sounded great.

Years ago I read one or two Herriot books.

Good luck with your November reads. I have no time for it. Use to read lots of books. Janice

I see two or three books I want to ad to my list but they'll probably before next year! Thanks so much.

Glad you've enjoyed the books you've been reading, and also that you found the one you lost part way through.

I am a fan, but not a huge fan, of the Herriott books, but I do have one of the earlier works that is so exquisitely illustrated I treasure it.

I love a good mystery, The Lantern Men will be added to my reading list. December is a busy month here so I hope to find time to finish rereading A Tree Grows in Brooklyn. Glad you are enjoying Watercolor. I always enjoy seeing what you are reading. Glad you found your lost book, it happens!

I enjoy reading so much! I enjoyed your pot, too!

You are amazing with your reading schedule. I've been busy with seasonal stuff and haven't read in a while. This is the motivation I need to sit and enjoy a good book today. Thank you!

I cannot concentrate! Hope to get back to reading soon

I used to watch "All Creatures Great and Small" ages ago.
Great mystery books Jeanie.
I've managed to read 2 novels in November.

Jeanie, you are amazing. You sail through books, I don't know how you do it. Bloggers are inspiring people - you and others keep me going forward.

Have a lovely December, find a cozy blanket and enjoy your books.

James Herriot's Yorkshire sounds interesting, but I'm intrigued by the titles White Truffles in Winter, and Pancakes in Paris!

i love elly griffiths and have read all her books. such fun!

I haven't read much lately either, but I love to see what my friends are reading, such a great way to find new books and authors. As for the watercolor book, art is an ongoing learning experience for all of us! No matter how experienced you are, there's always something to discover and learn! Happy painting {if we have time!!}
Jenna

I adore the All Creatures books! The show on PBS is wonderful too.

You still had a solid month! And I know it was a busy one! It was a slower reading month for me, too. I read some good ones but it felt like a sort of meh month for me, maybe from pandemic fatigue?

The Yorkshire book looks like it would be a lovely read. And Watercolors for Beginners sounds great, too.

Many thanks for sharing these reads.

During December I always enjoy one or two light hearted Christmas paperbacks.

Thank you for reminding me of Emily Griffiths. I read the first 5 books of the series and guess I needed a rest! Now I got the sample of the 6th book, The Outcast Dead.

You are so right about learning the basics, especially when it comes to color theory. It is also fascinating. Have you watched the old "All creatures"? I'm not quite sure when they were aired, I think we saw them in the 70's or 80's. They were aired on Sunday afternoon and of course we watched it, after all my dad was a veterinarian. He thought the series was well made and true to the things that were possible at the time of Herriot's practice. We also read the books, of course. I haven't watched the new series since I kind of want to preserve my memories of the old one that also are connected to my parents. I'm much further behind in the Ruth Galloway's cases, but I'm glad that she will make it to Cambridge - which, after all, is not that far away from Norfolk.